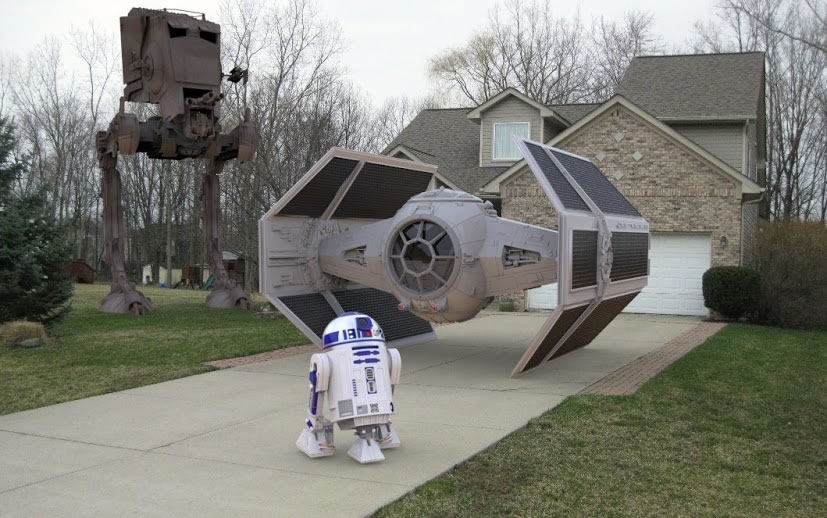 No, that title isn’t meant to be sarcastic or lead up to some twist at the end. A lot of what I write is bashing the left because, well, when not flat out malevolent they’re usually at best misguided. With the current news cycle of the Baltimore riots, Iran kicking the US  in the yahoo again, and the antics of the Gaystapo. we could use something positive. And since two examples were just in the news I think it’s only right to give credit where it’s due.

I’ve written a few posts ripping on Minimum Wage Chickenhawks. You know the ones – they obediently single out Wal-Mart for condemnation but don’t bother to see what the compensation packages are for anywhere else they shop. They are news organizations that champion the cause of raising the minimum wage, while paying their own employees considerably less than minimum wage. They’re the ones who howl that those corporations “who can afford it” need to raise their minimum wage to $15 an hour, but never bother to ask why none of the prominent wealthy leftists are spending their own money to do so. Until now. Patricia Cohen at The New York Times reports:

His idea bubbled into reality on Monday afternoon, when Mr. Price surprised his 120-person staff by announcing that he planned over the next three years to raise the salary of even the lowest-paid clerk, customer service representative and salesman to a minimum of $70,000.

If it’s a publicity stunt, it’s a costly one. Mr. Price, who started the Seattle-based credit-card payment processing firm in 2004 at the age of 19, said he would pay for the wage increases by cutting his own salary from nearly $1 million to $70,000 and using 75 to 80 percent of the company’s anticipated $2.2 million in profit this year.

The United States has one of the world’s largest pay gaps, with chief executives earning nearly 300 times what the average worker makes, according to some economists’ estimates. That is much higher than the 20-to-1 ratio recommended by Gilded Age magnates like J. Pierpont Morgan and the 20th century management visionary Peter Drucker.

“The market rate for me as a C.E.O. compared to a regular person is ridiculous, it’s absurd,” said Mr. Price, who said his main extravagances were snowboarding and picking up the bar bill. He drives a 12-year-old Audi, which he received in a barter for service from the local dealer.

“As much as I’m a capitalist, there is nothing in the market that is making me do it,” he said, referring to paying wages that make it possible for his employees to go after the American dream, buy a house and pay for their children’s education.

I don’t agree with everything in this article, and I’m not sure if this is the smartest way to run his business, but at the end of the day it’s his business to run. If this is how he chooses to do so then good for him. Instead of getting up on his high horse and preaching how others should act Price is taking responsibility and making it happen himself. And good for him.

Meanwhile, over in California George Lucas (yes, THAT George Lucas) is building affordable housing in an otherwise unaffordable neighborhood:

When George Lucas tried to expand his production company studios in California’s wealthy Marin County, the community pushed back. Then the “Star Wars” creator wanted to sell the land to a developer who would build affordable housing.“It’s inciting class warfare,” Carolyn Lenert, then head of the North San Rafael Coalition of Residents, told The New York Times at the time.

Now, two years after that project stalled, Lucas has decided to build the affordable housing and pay for it all himself.

“We’ve got enough millionaires here. What we need is some houses for regular working people,” Lucas said through his lawyer Gary Giacomini, CBS affiliate KCBS reported.

The 224-unit affordable housing complex would go on Grady Ranch, where his once-planned studio expansion would have been, according to a plan being submitted to the Marin County Development Agency this week, the Contra Costa Times reported. The plan, which would allow development on 52 acres, includes workforce and senior residences, as well as a community center, pool and an orchard.

Lucas financing the project entirely means it can’t stall because outside funders pull the plug, and he can set aside units for people like teachers and local employees who meet income requirements, Giacomini told the local newspaper.

Keep it up, George Lucas! If you keep doing right we might even forgive you for the Ewoks, for turning Han Solo into a bed-wetting mama’s boy in Return of the Jedi, and even for Jar-Jar Binks! OK, maybe I’m exaggerating a bit – we’ll never forgive you for Jar-Jar. But thankfully even the Gungans can’t take away from what you’re doing now.