Barack Obama: President of the United States of Black America

The administration’s handling of the Brown funeral already has started to raise comparisons between the two.

For Monday’s funeral, the White House sent two officials with the White House Office of Public Engagement as well as Broderick Johnson, chairman of the My Brother’s Keeper Task Force.

No White House officials, though, were part of the presidential delegation sent last year to Thatcher’s funeral. For that, the White House sent former secretaries of State George Schultz and James Baker III — as well as the charge d’affaires to the U.K. and the former U.S. ambassador.

At the time, the nature of the delegation stirred controversy in the British media as tabloids claimed British officials felt snubbed that high-level American officials — including President Obama himself — were not attending.

Neither Obama nor any White House officials attended the funeral of the two star General killed in Afghanistan, Harold Greene.

San Francisco Mayor Ed Lee called Stevens a “hero” who led a “distinguished life and sacrificed his life for us…He simply made the world a better place for all of us.”

Other leaders including former Secretary of State George Shultz; retired diplomat Tom Pickering, who was charged to investigate the Benghazi killings; U.S. Rep. Barbara Lee (D-Oakland) and the Libyan Ambassador to the United States, Ali S. Aujali, spoke at the service. Aujali said there was “no excuse” for what happened, describing Stevens as a man who knew the Libyan people – and their suffering – well. 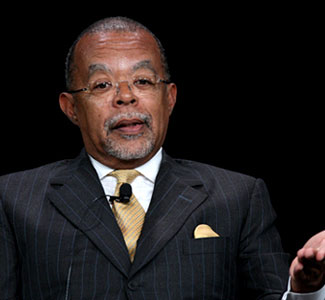 Obama took the time off from golf to make emotional statements about Martin and prejudice the case:

But my main message is to the parents of Trayvon Martin. You know, if I had a son, he’d look like Trayvon. And, you know, I think they are right to expect that all of us, as Americans, are going to take this with the seriousness it deserves and that we’re going to get to the bottom of exactly what happened.

Then he compounded it:

“When Trayvon Martin was first shot, I said this could’ve been my son. Another way of saying that is, Trayvon Martin could have been me 35 years ago,”

But, obviously, this is a tragedy. I can only imagine what these parents are going through. And when I think about this boy, I think about my own kids. And, you know, I think every parent in America should be able to understand why it is absolutely imperative that we investigate every aspect of this and that everybody pulls together — federal, state and local — to figure out exactly how this tragedy happened.

So I’m glad that not only is the Justice Department looking into it, I understand now that the governor of the state of Florida has formed a task force to investigate what’s taking place. I think all of us have to do some soul-searching to figure out how does something like this happen. And that means that we examine the laws and the context for what happened, as well as the specifics of the incident.

When it came to the murder of Hadiya Pendleton Obama knew exactly what the problem was. The cause of that murder was a gun- not those who pulled the trigger- and he seized the opportunity to politicize her death:

“Unfortunately what happened to Hadiya is not unique. It’s not unique to Chicago. It’s not unique to this country. Too many of our children are being taken away from us,” he said in calling for the “commonsense” reforms — comprehensive background checks and a ban on assault weapons and high-capacity magazines — that he says most Americans embrace.”

And why would Obama not blame the shooters?

In an interview Michelle Obama suggested that an automatic weapon was used to kill Hadiya Pendleton but police reports suggest that a revolver was used.

Police say they have not recovered the weapon used to kill Hadiya, but a day after her homicide on Jan. 29, Chicago police Superintendent Garry McCarthy said the gunman possibly used a revolver because no bullet casings were found at the shooting scene — as there would be if a semi-automatic or automatic weapon had been used.

Obama sought new laws to restrict weapons that were not used in Pendletons’s death while blaming the weapons for the murder and not the shooters. Curious, no? Barack Obama interrupted his golf/vacation odyssey to comment on the death of Michael Brown:

“He was 18 years old, and his family will never hold Michael in their arms again. And when something like this happens, the local authorities, including the police, have a responsibility to be open and transparent about how they are investigating that death and how they are protecting the people in their communities,”

Former Navy SEAL and American’s most deadly sniper was killed by a fellow soldier in 2013. Obama noted the passing of Whitney Houston but spent not a word on Kyle. As the family of an Australian baseball player gunned down in Oklahoma mourns his death, police said today that the athlete was targeted by three teenagers who simply “wanted to see someone die.”

The suspects followed Chris Lane, 22, as he jogged alongside a road in Duncan, Okla., Friday afternoon, shot him in the back and left him to die on the side of the road, said Duncan police Chief Danny Ford.

“They were bored and just wanted to see somebody die,” Ford told ABCNews.com.

Did Obama say “He was 22 years old, and his family will never hold Christopher in their arms again”?

Did he interrupt a golf game to make a special statement to the press?

Dillon Taylor, 20, who is from Salt Lake, was exiting 7-Eleven with his brother and cousin, Adam Thayne, around 7 p.m. on Monday, when Salt Lake City police arrived, responding to a report of a man waving a gun in the area.

The officers ordered the men to the ground. Two of them complied, but Dillon, who police say matched the suspect’s description, did not go down.

“It came in as a 911 call that there was a man with a gun,” said South Salt Lake Police Sgt. Darrin Sweeten. “He was verbally challenged and ultimately was shot.”

Sweeten did not release further details on the shooting….

Did Obama note this?

Did Obama break off his vacation to comfort Taylor’s parents?

Did Obama send Holder in and promise that justice would be served?

Did Obama note the death of a white at the hands of a “non-white” cop?

Barack Obama is very particular about for whom he makes special statements and lamentations. It speaks volumes that Obama’s “go to guy” on race issues is the race baiting Tawana Sharpton. It says volumes that the Attorney General Obama appointed has divided the country in two groups- the rest of us and “his people.” In the Obama-Holder universe hate crimes can only be committed by whites.

A group of those whom Eric Holder described as “his people,” at least six young men, repeatedly punched a 24-year-old white woman in the face, then proceeded to kick her face over and over when she was on the ground helpless. This occurred in Buffalo, New York last week, but the event has received no attention by the mainstream media because the victim was white and the attackers were black. This was no friendly urban jostling: the woman was left with a broken nose and cracked bones in her face.

Despite the fact that virtually all “knockout game” attacks have been black on white, Holder has brought a hate crime charge against a white man following a knockout game attack on a black man.

“I want all Americans to have opportunity. I’m not the president of black America.”

Yes he is. You know how he lies about everything.