Over at CNN Jonathan Gruber posts the question “when will get the verdict on Obamacare?”

The rollout of the Affordable Care Act has been unquestionably rocky, but the rush to judgment was over the top. Critics had their knives out even though little data are available on initial program enrollment and success. It’s much too early to declare the program either a failure or a success.

Gruber argues that it’s too soon to judge Obamacare:

For example, when Massachusetts piloted the approach embodied in the ACA, we had very slow enrollment, with only 123 paying customers signing up the first month our subsidized insurance was available. There was a rush of enrollment right before the individual mandate kicked in, and ultimately over three years the program covered about two-thirds of the state’s uninsured citizens, leaving Massachusetts with a 3% uninsured rate, the lowest in the nation.

No, it’s not. Obamacare is a failure. Let’s list why.

“The president is committed to enacting reform that will lower costs, protect choice of doctors and plans, and assure quality and affordable health care for all Americans,” said Linda Douglass, a spokeswoman for the White House health reform office. “He has made it clear that we would not support a reform plan that would require people to leave their current insurance plans.”

“It Passed The House Of Representatives. It Passed The Senate. The Supreme Court Ruled It Constitutional … It’s The Law Of The Land. It’s Here To Stay.”

Obama has altered the “settled law” nineteen times already and 11 state Attorneys General have sent HHS Secretary Hapless Sibelius a letter advising her that Obama is in violation of the law when he changes “settled law” by executive fiat. If Obama can unilaterally rewrite law when is law is really law?

Bonus Laugher (about one minute in):

“Delay is not an option.” You can’t make this stuff up.

3. The number of uninsured isn’t improved

Obama and his henchmen claimed there were between 30 and 50 million uninsured.

Among the grandiose Obama logorrhea vis-à-vis Obamacare was this proclamation:

“I’m not going to walk away from 40 million people who have the chance to get health insurance for the first time.”

Without my even proving it, you knew that Obama lied about the number of uninsured because that’s what he does. Lie.

Experts have long known that the number of uninsured bandied about by reformers was misleading. But a careful look at the uninsured populations also reveals that ObamaCare may not help them much.

First, most uninsured spells are relatively short. A Congressional Budget Office report found that 71% regain coverage they’ve lost within a year, and almost half get it back in four months or less. Only 16% of those went more than two years.

Such short-term gaps will likely continue under ObamaCare, since people will still be prone to lose coverage between jobs, and can go up to three months without insurance and still avoid paying the mandate penalty.

In addition, the young and healthy are far more likely to be uninsured than any other age group. According to the Census Bureau’s latest report, more than 27% of those between 19 and 34 are uninsured, compared with 16% of those 45 to 64.

These are the “young invincibles” that Obama needs to sign up for ObamaCare to keep rates from spiraling upward. But those not buying relatively cheap insurance available today aren’t likely to pay more for it in the exchanges.

Census data also show that almost a quarter of the uninsured have household incomes of more than $50,000, which means that many of them won’t be eligible for ObamaCare’s tax subsidies.

What’s more, the official number of uninsured is exaggerated.

As many as 6 million who claim to lack coverage are actually enrolled in Medicaid, and another 4 million are eligible for Medicaid but haven’t enrolled, according to one analysis. And 9.5 million aren’t even U.S. citizens, according to the Census Bureau.

Combined, these groups account for 42% of the 46 million said to be uninsured. And none of them will benefit from ObamaCare.

The law is expected, however, to cover many currently uninsured through Medicaid in the 25 states that agreed to expand eligibility for that program. ObamaCare tried to force every state to sharply raise the Medicaid income threshold, but the Supreme Court ruled the mandate unconstitutional.

Even the White House has admitted that the 46 million figure was an exaggeration, saying at one point it was more like 30 million.

So there are about 30 million uninsured in the country. Care to guess how many uninsured there will be after full implementation of Obamacare?

Pelosi promised everybody will have lower rates:

Obamacare rates are predicted to rise by 41%.

5. Obamacare will NOT lower costs of health care.

The headlines eventually faded, but work on the Oregon data set has not. In the fall, the study’s researchers came out with another interesting result: Adding people to Medicaid made no difference in their incomes; they did not drop out of the labor force because they had someone to pay for their health care; nor did better access to medical treatment enable them to boost their incomes. And today they’re releasing another paper, this time on the effect that becoming eligible for Medicaid had on ER usage. “It’s especially important to have that kind of gold standard,” in cases like this, says Amy Finkelstein, an MIT professor on the research team. “Where it’s not just a question of what the magnitude of the effect is, but a priori we don’t know what the sign of the effect could be.” Which is to say: Does giving people Medicaid drive ER usage up, or down?

And people will use the ER more, not less:

People who got access to Medicaid used doctors more than people who didn’t. But they also used the ER more. And contrary to the theory that Medicaid might divert people from ERs to primary care physicians, the big increases actually came from the somewhat-less urgent problems that we were hoping to divert from ERs

Hey, don’t use Oregon, whine liberals. Use, er, Massaschusetts, the model for Obamacare!

Massachusetts has the highest per capita health care spending in the nation.

“All the parade of horribles, the worst predictions about health care reform in Massachusetts never came true,” Obama said. “They’re the same arguments that you’re hearing now…Care didn’t become unaffordable; costs tracked what was happening in other places that wasn’t covering everybody.”

Yet a new report from the Massachusetts Health Policy Commission reached a different conclusion.

Massachusetts, whose healthcare reform program was used as a template for the Patient Protection and Affordable Care Act, had the highest per capita health spending in the U.S. in 2009. According to the commission’s report, the state spent $9,278 per person on healthcare in 2009, which was 36% higher than the national average of $6,815, and 11.2% more than the next-highest state, New York, which spent $8,341.

6. The demographics of enrollees is not what the regime needs or they’d be bragging about it:

Even as she proudly announced Tuesday that more than 2.1 million people enrolled in Obamacare insurance by the end of 2013, Health and Human Services Secretary Kathleen Sebelius and her spokeswomen were conspicuously mum on just who those people are—a fact that could push plan prices higher next year.

The demographic profile of Obamacare enrollees nationally—in particular the sizes of various age groups and gender distribution—still has not been revealed after the first three months of open enrollment.

Julie Bataille, a spokeswoman for the Centers for Medicare & Medicaid Services, during Sebelius’ conference call with reporters Tuesday declined to comment on the details of what demographic data federal officials had, or when they would release such data.

When there is any good news you can’t shut Obama up and you take your life in your hands if you get between him and a TV camera.

7. Government controlled health systems are on average twice as likely to deny treatment.

“Medicare was the most likely to deny any part of a claim, with a 6.9 percent rate. Aetna was a close second at 6.8 percent while the others ranged from 2.7 percent to 4.6 percent.

Coventry Health had the fastest median turnaround between receiving a claim and responding, at four days, according to the AMA. Medicare and CIGNA took a median 14 days; Humana and Aetna, 13 days; Health Net, 11; United Healthcare, 10 and Anthem, seven.”

Without the proper mix of enrollees, Obamacare is not financially sustainable and there is little doubt that Obama will have to bail out the insurance companies who will be taking a major hit this year. Next year, you can expect insurance premiums to hit the stratosphere when only the sick and the elderly buy in.

The number of uninsured doesn’t improve, health care costs aren’t going down without rationing, premiums are going up, health care is going to suffer…..so why are we doing this again?

“If you misrepresent what’s in this plan, we will call you out.”

We’re calling you out, Mr. President.

Get out the butter. This sucker is toast. 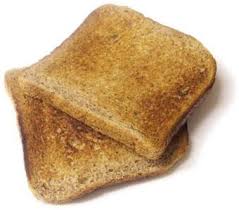