NSA, FBI, IRS and the 4th Amendment: Why freedom matters…

I remember once when I was in college I took a trip home to the DC metro area with my girlfriend. She and I went to the movies not far from where my mother lived in a rather rough part of town called Capitol Heights, MD. I have no idea what we saw. I do however remember that we had a terrible time, and it had nothing to do with what was on the screen and everything to do with what was going on in the theater.

Not long before this at a different theater a few miles away in Oxen Hills, MD. I was standing in line with a friend and I saw two teenage girls fighting not 10 feet away. I grabbed one of the girls and someone else grabbed the other. That’s when I noticed that the other girl was bleeding profusely and the girl I grabbed had a 12 inch steak knife in her hand. It was something about a baby’s daddy is all I knew. Needless to say we didn’t see a movie that night.

So at this different theater we were hoping for better results. As soon as we sat down I wasn’t so sure. People were talking to the screen, smoking in the seats and being rather raucous. My girlfriend mentioned the smoking and I said that if that was the only problem we encountered that night we would count ourselves lucky.

If you can’t do any of those things you can’t become engaged in the movie. If you’re worried that someone’s going to pull a knife, a gun or set the place on fire, you’re going to be busy looking around to scan the theater, listening for commotion or trouble and generally paying attention to everything but what’s on the screen. As a result you’d probably miss much of the storyline and likely would end up doing little more than wasting your time and money.

Just as movies require your buy in for success, so too does life. And that’s the problem with all of this seemingly ubiquitous government surveillance. The danger is not so much that Big Brother is watching and trying to control our every move. They don’t have to. Our knowing they could be is enough. Somewhat like the Observer Effect in physics, the observing itself impacts the people being observed.

Think about it this way, if you think it’s tough to enjoy a movie when you’re worried about what’s going on in the theater… imagine how difficult it would be to write a compelling, engaging movie while the whole time a government agent is standing over your shoulder. Whether you realize it or not, you’re writing that movie… it’s your life story.

How much different would your story be if you knew your every word and action might end up as part of some government dossier on you? How much could you embrace freedom and focus on having fun, sowing your wild oats, finding your passion, or risking failure to pursue some crazy dream if you were constantly wondering what some government bureaucrat with the power to throw you in prison or take your kids away might think of it? 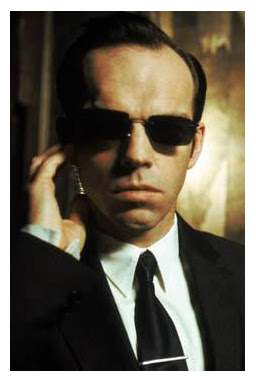 And that’s the problem. Knowing our government is actively looking at emails, phone calls (or “just” meta data in some cases) as well as our online surfing and purchasing habits sends a chill down your back. With 315 million people in the country they’re probably not looking at you… but they might be. Imagine you’re a journalist pursuing a story on the undue influence a company or union is having on a piece of legislation. How hard are you going to dig knowing officials could be watching? Or maybe you’re staying in a loveless marriage for the sake of your children but you have a mistress who makes you happy. Maybe you’re visiting a website of a fringe candidate who has some ideas you agree with but others you don’t. Maybe you’re unhappy with your job and are spending a lot of time on Monster.com.  Maybe you’re researching erectile dysfunction.  Or perhaps you’re inventing a technology that will put a big government contractor out of business. How many of these things or others would you think twice about doing because you’d be worried about government snoops twisting your motives into some sham case or sharing your info with your family or neighbors or employer or anyone else?

We already know that government regulations touch virtually every aspect of our lives, but most of us apparently believed the fiction that we had a 4th Amendment right against unlawful searches and could therefore mitigate our exposure to government control. As the IRS scandal showed, there are instances where we have no choice but to interact with government, and the more they know about you the more force they can bring to bear on that engagement. The combination of a heavily regulated society and an all knowing government make for an oppressive mix.

Living a successful life and finding happiness are difficult enough in the best of times, when we spend our days trying to focus on making the best decisions for ourselves and for our families. How much less successful will we be if we now have to worry about what some faceless government officials think about our activities and what the consequences of their opinions will be? Is that really a recipe for a successful and fulfilling life?

Maybe your name will never land on the desk of some partisan or self-serving rouge government official’s desk. But that’s not the point. When the fear that it might is enough to cause citizens to change their behavior, the damage is already done. It’s difficult to imagine a more effective way to throttle back the freedom and creativity that made the United States the most successful and prosperous nation in the history of the world. All of this is particularly troubling today as technology is changing the world at an unprecedented rate, and it’s only getting faster. If the United States seeks to maintain its primary position in the world, it will require its citizens to be as focused on creativity and success as they can. It’s hard for them to do that as they’re nervously worrying about Big Brother lurking around every computer monitor, phone line and street corner…