John Lewis pleads: “We want you racists back!” [Reader Post] 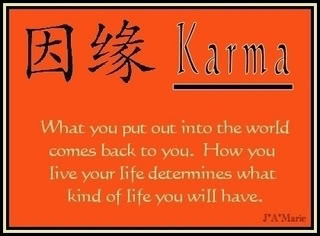 For the last three years, the left has maintained that anyone who disagrees with or opposes Barack Obama is a racist.

The former president said racism had come to the surface across the country because of a belief held by many whites that an African American is not qualified to be in the White House.

“I think an overwhelming portion of the intensely demonstrated animosity toward President Barack Obama is based on the fact that he is a black man, that he’s African American,” Carter said. The Republican party today issued a denial, saying Carter was “flat-out wrong” and that opposition was not because of Obama’s skin colour but his policies.

Surrounded by middle-aged white guys — a sepia snapshot of the days when such pols ran Washington like their own men’s club — Joe Wilson yelled “You lie!” at a president who didn’t.

But, fair or not, what I heard was an unspoken word in the air: You lie, boy!

But they’re probably reacting less to what Mr. Obama is doing, or even to what they’ve heard about what he’s doing, than to who he is.

That is, the driving force behind the town hall mobs is probably the same cultural and racial anxiety that’s behind the “birther” movement, which denies Mr. Obama’s citizenship.

“And I think that’s a generalization and I’ll stick with it. I think younger people do not see race as an obstacle. In fact, they say [race is] irrelevant and don’t even notice it, whereas older people notice it all the time.”

And of course there’s James Clyburn who sees racism in everything and everyone who disagrees with him.

Be careful what you wish for. Democrats’ politics of racial polarization have borne fruit.

Fully 60 percent of whites nationwide backed Republican candidates for the House of Representatives; only 37 percent supported Democrats, according to the National Election Poll exit poll conducted by Edison Research. Not even in Republicans’ 1994 congressional landslide did they win that high a percentage of the white vote.

A leading civil rights leader in Congress believes the Democratic Party is losing too many white voters. In an interview, Rep. John Lewis (D-Ga.) said Democrats need to “go all out” to win back white Southern voters before the next election.

And then Lewis points out that it can’t be racism that has the Democrat party in trouble:

“[Florida Rep.] Allen West got elected from a majority-white district — a sort of middle-to-conservative district. And he had the backing and support of the Tea Party; he raised more than $4 million,” Lewis said. “I went down to campaign against him for [Democratic Rep.] Ron Klein, who I thought was a much better member and a much better candidate and should have remained in the Congress.

“And the young man, Tim Scott, from South Carolina, came from a solid Republican district, for the most part. And he succeeded a Republican.”

As Jack Cashill notes, Lewis is himself “no slouch when it comes to race baiting.”

During the 2008 campaign, he compared the McCain-Palin campaign to that of “presidential candidate George Wallace,” whose comparable “atmosphere of hate” led to the fatal church bombing in Birmingham. So egregious were Lewis’s comments that McCain called on Obama to “condemn” them.

Lewis and Rep. Emanuel Cleaver (D-MO) embarked on an journey of imagination during which Cleaver heard things no one else heard, not even Clyburn.

House majority whip James Clyburn, who walked with the contingent from the Black Caucus, heard no racist remarks either. “I experienced some of [the anger],” Clyburn told Keith Olbermann on March 22. “I didn`t hear the slurs.” Still, this was more than enough for the factually indifferent Olbermann to conclude, “If racism is not the whole of the Tea Party, it is in its heart.”

Well, let’s see. Democrats call everyone who disagrees with or opposes Obama a racist while there’s more than ample evidence that assertion is false. Fair minded people notice this and find it repulsive.

“Here’s my problem with this, I’m just going to come out and say it. If I have anything to say against Obama it’s not because I’m a racist, it’s because I don’t like what he’s doing as President and anybody should be able to feel that way, but what I find now is that if you say anything against him you’re called a racist.”

Dan Greenfield in the CFP:

Democrats can’t say they weren’t warned- if you play the race card too often eventually you’re going to lose. Now they want those racists back.

But remember, stupid is forever, a lot of these people that they shunned will come running back to prove they arent Racist or to “not vote” for a Republican.

Who did Obama call to vote Democrat in the 2010 elections?

Who was missing from that call?
Whites, especially white males.

All of Obama’s policies that have become law have aimed only taxes and fees and penalties toward the average white male.
Add to that Obama hasn’t even courted the white voter, again especially the white male voter.
He thought they could get along OK without them.
Now Democrats are seeing the fruits of Obama’s focus.
And they are not so sure.

Bet the Democrats love the help Chris Matthews is giving them by recently saying all old white people are bigots. I was so puzzled by the New Black Panthers scaring away white voters in 2008. Did they not realize that Obama would need white voters to succeed? So, now they see the light? I am not sure, but I think black voters comprise 18%…not enough to win an election. I am so sick and tired of being labeled a racist. Obama has set us back more than 50 years. I cried when I realized he was such a divider. Maybe in the next two years they will be able to take all the nasty slurs back. In my opinion, they are all a bunch of one-eyed Jacks, but I have seen the other side of their faces and I will not forget.

Our first red, white, and black President. It’s not his blackness that bothers me – it’s his redness.

When the far left turned the Civil Rights movement from a morally pure movement aimed at opposing racism and achieving equality into a blunt instrument for delegitimizing their non-racist political opponents, they’re downfall was inevitable. I am amazed it has taken this long for the canard to be exposed and revulsion to it begin to take shape. As the race card loses ever more of its legitimacy, the far left will fall ever more to the wayside. It is the only trick in their bag.

@Leigh: After the DLC Rules and Bylaws Committee Meeting where it was decided that delegates would be taken away from Hillary Clinton in states where Obamacrats hadn’t even put his name on the ballot…and gave him the nomination, many white Democrats left the party. Not because he was black but because of the corrupt manner in which he was selected. Also at that time, reports were coming back through the women who protested at that meeting, of the intimidation and bullying tactics that had been employed by the Obamacrats at the caucuses…especially in Texas. It was obvious he did not win legitimately but was chosen for the Dims idea of social engineering. They worry about white men…many white women left as well. We were told by Donna Brazile (who was part of that meeting) in a “don’t let the door hit you on the way out” moment that we weren’t needed or wanted. We heeded the wake-up call. Now that the break has been made and we’ve been vindicated in our assessment, there’s no winning anyone back. Most of us became Independents and voted straight Republican in 2008 and again in 2010. Further, from the other side of the fence, Hillary and Bill Clinton have revealed themselves as the socialists they are.

They still don’t get it. John Lewis is a liar, an embarrassment and a race baiter. Amazing that he thinks he still has any credibility as a civil rights champion. He’s become a joke. It may be too late to ever redeem himself.

My comment may not be so popular, here is what I have observed:

Those so-called ‘black caucus members’, which are happen to be labeled democrats, civil rights leaders etc are the biggest racists. Whenever one of them reaches the mic, it’s always about victimhood, give me your money racist, you owe me etc…you get my meaning. The label ‘civil rights leader etc’ should be dropped ASAP, it’s not appropriate for the 21st century, since slavery ended long ago, and there are no more political prosecution or violence against blacks. What also needs to stop is the claim by blacks to label themselves ‘african americans’-that’s a farce. Most of them NEVER lived in Africa, nor did their parents, and grandparents. (I happen to live in Africa – Nigeria- for a few years, and whether it was the people I’ve met in Nigeria, Ghana, Algeria etc…they find blacks in America to be without morals. The word often used was ‘a shame to us here, we don’t like them because blacks in America are arrogant, greedy”etc.
Democrats/Libs/Progressives behave like spouse abusers. They continue to beat us up with words, accusations, lies, defamation, only to come back the next day, looking at us, seeing the black eye, the bruises. Then they want us to accept the flowers, and candy after the beatup, only to continue the next time, when they once again feeled “aggrieved”.
It’s get old-eventually we, the battered spouse get tired of the beatings, the false accusations, the constant demand to feel guilty over something which we never did, and leave, making a break to never return. The current cry for whites to come back is a biggest joke of all, anyone supporting these racists most likely feel the same as they do.
The problem I have with the Dowds, Matthews, Carters, Olbermanns, Mahers, Maddows, Stewards, Lettermanns, Lewis, Clyburns, Jackson-Lee, Barbara Lee is that they are the worst of racists, hearing words that none of us ever spoken, or thought of, only to reveal they are the once using these words to thmselves, withing their circles of friends etc., the worst bigots, because it’s more difficult to deal with the ‘silent’ racist bigots, and accusers, they are more dangerous due their positions printed on frontpages of papers seen not only by them,and their supporter, but also by anyone else in and out in America.

( metaphorical use of ‘spouse batterer’ was used by me just to make a comparisons of their constand defamations, accusations, and lies, and in no way meant to cause violence, only expressing what I observed throughout the past 10 years).

The uncontrollable hate of progressives towards conservatives, or any of us not supporting them is displayed, and feel at times threatening. I hope they tone it down a lot, it may just cause some crazy to follow their words, and really believe we are Nazis!!

Linked by Doug Ross. Thanks, Doug!

Polls, polls, polls. 53% approval, 51% want the messiah replaced. I like what dogs do to polls.