House GOP To Force Vote On The Repeal Of ObamaCare 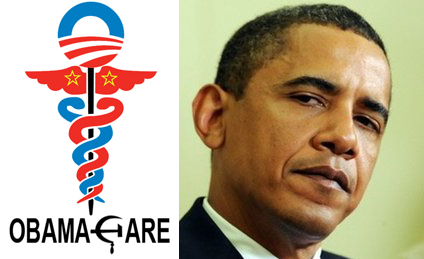 We all can’t stand it when Congress puts up a bill that has no chance of passing, but this one deserves to be voted on. The vulnerable Democratic Senators up for reelection in 2012 need to have their votes on record to repeal this monstrosity, in its entirety and piecemeal.

The House will vote next week to repeal the new health care law, making good on a top-tier GOP campaign promise and setting up a showdown with President Barack Obama over his signature domestic policy achievement.

Majority Leader-elect Eric Cantor (R-Va.) announced Monday the timeline for considering the repeal legislation: The bill will post on the Rules Committee website Monday night, the Rules Committee will meet Thursday, and the rule for the debate will be considered on the House floor Friday. The repeal vote will follow on Wednesday, Jan 12.

“Obamacare is a job killer for businesses small and large, and the top priority for House Republicans is going to be to cut spending and grow the economy and jobs,” Cantor spokesman Brad Dayspring said in a statement. “Further, Obamacare failed to lower costs as the president promised that it would and does not allow people to keep the care they currently have if they like it. That is why the House will repeal it next week.”

The repeal effort is not expected to succeed, given that Democrats maintain control of the Senate and the president can veto the legislation. But Republicans could embarrass the White House if they persuade a number of Democrats to vote with them and, over the long term, plan to try to chip away at pieces of the law.

“We have 242 Republicans,” said Rep. Fred Upton (R-Mich.), incoming chairman of the House Energy and Commerce Committee, on “Fox News Sunday.” “There will be a significant number of Democrats, I think, that will join us. You will remember when that vote passed in the House last March, it only passed by seven votes.”

I like Upton’s enthusiasm but there is little chance of it passing:

The partisan split in the House is 242/193 for the GOP; they’d need to draw 48 Democrats to reach two-thirds of the chamber, which is actually 14 more than the number they were able to attract on the original ObamaCare vote last March when the Blue Dog caucus was bigger and anti-O-Care sentiment was at fever pitch. The only suspenseful aspect of this vote is seeing how many of the surviving Blue Dogs who voted no the first time around will stick with their caucus this time in opposing repeal.

But that’s not the point. It’s getting these Democrats on record, especially the vulnerable ones where ObamaCare is not popular, and then start getting the advertisements ready for 2012. The economic impact of ObamaCare needs to be focused on, the fact that increased regulations will and are hurting businesses need to be focused on and a good way to do it is to force ObamaCare into the open all the damn time. I’m with Rush on this one:

…make them, the Democrats and Obama, you make them defend this on the floor of the House, on the floor of the Senate every week in debate and you make Obama veto it every week. Exit poll data shows that health care was number four on the list of concerns of people. The economy was number one. The two are inexorably tied. The economy is gonna go south precisely because Obamacare is gonna be implemented. The economy is already south. So it’s really crucial that this effort to repeal start in earnest and be broad-based as soon as they can get into it.