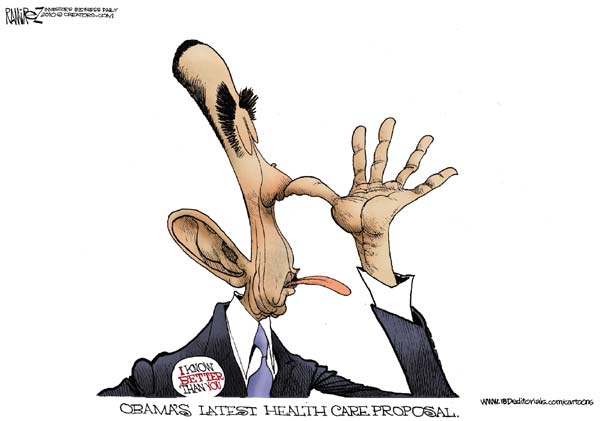 Go figure, not like anyone didn’t see this coming eh?

An early feature of the new health-care law that allows people who are already sick to get insurance to cover their medical costs isn’t attracting as many customers as expected.

In the meantime, in at least a few states, claims for medical care covered by the “high-risk pools” are proving very costly, and it is an open question whether the $5 billion allotted by Congress to start up the plans will be sufficient.

The White House claimed that 375,000 people needed the help of these subsidies.  They were just a wee bit off by say….97%

In the spring, the Medicare program’s chief actuary predicted that 375,000 people would sign up for the pool plans by the end of the year. Early last month, the Health and Human Services Department reported that just 8,000 people had enrolled. HHS officials declined to provide an update, although they collect such figures monthly, because they have decided to report them on a quarterly basis.

“Like the rest of the country, we thought we’d have pretty much a stampede. That obviously hasn’t materialized,” said Michael Keough, executive director of North Carolina’s plan. With nearly 700 participants, it is among the nation’s largest so far, but it has one-third of the people expected by now.

You couldn’t see this coming? Well, Obama didn’t and he allocated 5 billion dollars to the program based on nothing.  It’s like they picked a number out of a hat and that number read 5 billion.

1. They didn’t have anything to support the $5 billion to create the program.
2. The actual number of people using the system is 97% less than predicted.

Add that up and you can only come up with the fact that Obama and pals don’t have a friggin clue.

The Obama administration and its allies in the Nancy Pelosi Congress revamped one-sixth of the American economy, created new federal mandates, and created chaos in system that worked for the vast majority of Americans, just to deal with eight thousand people? Perhaps they should have tested the issue by creating the program separately first and determining whether the demand required a complete overhaul of a health-care system that mainly worked for the rest of us, instead of arrogating to themselves the task of dictating the shape of a market they clearly don’t understand.