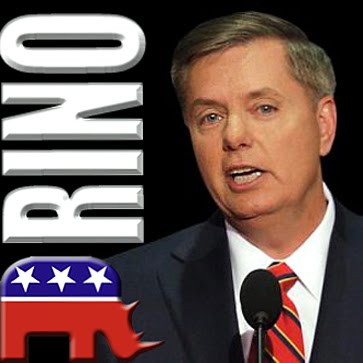 You know things are bad when Lindsey Graham is the voice of reason:

Sen. Lindsey Graham (R-S.C.) lashed out at fellow Republicans Tuesday for a “capitulation … of dramatic proportions” to Democrats and Senate Majority Leader Harry Reid (D-Nev.) in the lame-duck Congress.

Graham said Republicans have no one to blame but themselves for allowing ratification of the New START Treaty and other legislation in the period before new lawmakers are sworn in in January.

“When it’s all going to be said and done, Harry Reid has eaten our lunch,” Graham said on Fox News radio. “This has been a capitulation in two weeks of dramatic proportions of policies that wouldn’t have passed in the new Congress.”

He voted no on DREAM, no on DADT,and no on START.

Is this an alternative universe we are living in? To quote Carl Showalter….”whoa daddy.”