The FCC heads toward full control of the internet [Reader Post] 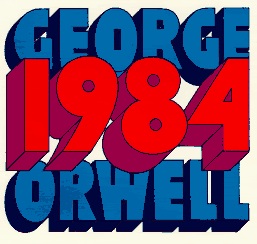 When he took office, Barack Obama began installing whacko after whacko in important positions. One such move was to make Julius Genachowski Chairman of the FCC. Genachowski was a fundraiser for Barack Obama in the 2008 campaign. His latest actions appears to be one more effort by the Obama adminstration to bypass Congress and rule by executive fiat.

“I think when you spread the wealth around, it’s good for everybody.”

The story in a nutshell is that Genachowski wants to take all the innovations and work done by a few in developing the internet and let everyone profit equally from them.

Yet I do not believe for one second that that is the only goal. Some of us believe that it is this adminstration’s goal is Federal control of the internet.

Genachowski recently unveiled a revised draft of his 2009 Net neutrality proposal that would put the Internet under a New Deal-era communications bureaucracy. Under the guise of protecting consumers from being forced to pay for varying levels of delivery access and speed, Genachowski proposes to drag the Internet under the same regulatory authority that puts the FCC in charge of radio, telephone and television broadcasting.

Genachowski see himself as a cop:

Genachowski said his proposal will make the FCC “the cop on the beat” ­bringing justice and fairness to the Internet on behalf of consumers. The cop is needed, he said, because too often service providers have “prevented consumers from using the applications of their choice. The framework is designed to guard against these risks while protecting the needs and interests of providers.” In other words, Genachowski is from the government and he is here to help us.

Justice and fairness. I hate it when I hear those words from anyone in this adminstration because it inevitably means taking fruits of labor from some and giving them to others.

Redistribution. (That ring a bell?)

This FCC vote would ostensibly give the FCC the power to regulate the internet except for a small detail:

In fact, Genachowski does not have the authority to regulate the Internet. Making his agency the cop on the digital beat would be like sending a Department of Agriculture meat inspector to arrest a college admissions director for charging out-of-state students more than those who live in the state.

In April, a U.S. appeals court ruled that in the absence of explicit congressional authorization, the FCC currently lacks authority to impose a Net ­neutrality requirement on Comcast, one of the largest service providers. Worse for Genachowski, a bill drafted by House Energy and Commerce Committee Chairman Henry Waxman, D-Los Angeles, and designed to give that authority to the FCC never made it out of the panel this year.

One does wonder if anyone in Congress is going to take notice that.

The American Consumer Institute released a report concluding that net neutrality would discourage innovation and investment. This is akin to allowing someone to spend a fortune obtaining a patent and then forcing that person to equally share the royalties with everyone.

In a article for The Street, Anton Wahlman makes an interesting argument against net neutrality:

Indeed, why limit the net neutrality legislation to broadband networks? Shouldn’t all products and services in society benefit from the egalitarian principle of nobody being able to purchase a preferred service or product? Take an airline, for example. Let’s establish an air neutral policy of prohibiting business class and the practice of charging people based on supply and demand for seats. Each airline seat will have a fixed price and there will be no multiple classes of service. Air neutrality will prevail in the same nirvana as on the net utopia envisioned by the Federal Communications Commission.

What are the most important products in society? Food, shelter and clothing. Without them, we would die relatively soon. We can manage without broadband, air travel, and even health care in many cases over an entire lifetime. Let’s apply the net neutrality principle to food. Nobody should be able to buy “preferred” food of higher quality and better taste than anyone else. This dictates a government bureaucracy dispensing identical rations to all citizens. Think Mao’s Chinese cultural revolution and great leap, and 50 million dead.

The net neutrality principle applied to shelter? Equal apartments to all. Nobody should be able to pay for a better house than anyone else. That is, except for the political elite. Did you ever pay a visit to a Moscow suburb in the 1980s?

Nothing is broken and needs fixing, however. The Internet has been open and freedom-enhancing since it was spun off from a government research project in the early 1990s. Its nature as a diffuse and dynamic global network of networks defies top-down authority. Ample laws to protect consumers already exist. Furthermore, the Obama Justice Department and the European Commission both decided this year that net-neutrality regulation was unnecessary and might deter investment in next-generation Internet technology and infrastructure.

Analysts and broadband companies of all sizes have told the FCC that new rules are likely to have the perverse effect of inhibiting capital investment, deterring innovation, raising operating costs, and ultimately increasing consumer prices. Others maintain that the new rules will kill jobs. By moving forward with Internet rules anyway, the FCC is not living up to its promise of being “data driven” in its pursuit of mandates—i.e., listening to the needs of the market.

McDowell notes that in spite of being smacked down by the Courts and being opposed by Congress the FCC seems bent on continuing its goals.

And that is a gigantic red flag.

Then there’s another Copp(s) to deal with.

Copps is the Democratic FCC commissioner today let it be know that he would not obstruct the new guidelines.

You need to know something about Copps:

(CNSNews.com) – Acting Federal Communications Commission Chairman Michael Copps says he doesn’t support bringing back the controversial Fairness Doctrine, but he does think government has a role in enforcing media “diversity.”

That role includes re-examining licensing and other regulations for radio stations — including AM stations dominated by talk radio — to make them “more reflective” of public interests.

Copps, chosen by President Barack Obama to be acting chairman until a permanent replacement is named, said that he thought the Fairness Doctrine – a policy that critics say amounts to censorship – was an old fight that “didn’t need to be rehashed.”

His denials remind one of the environmental groups. It’s not warming any more. It’s “climate change.”

The bottom line is that this is the beginning of full government regulation of the internet and it needs to be stopped ASAP. Hopefully the Republican House will take note that the FCC needs the approval of Congress to institute any of these regulations.

Regulation of the internet could come in real handy for a guy who once skirted the disclosure rules about campaign finance and who is running for re-election soon.