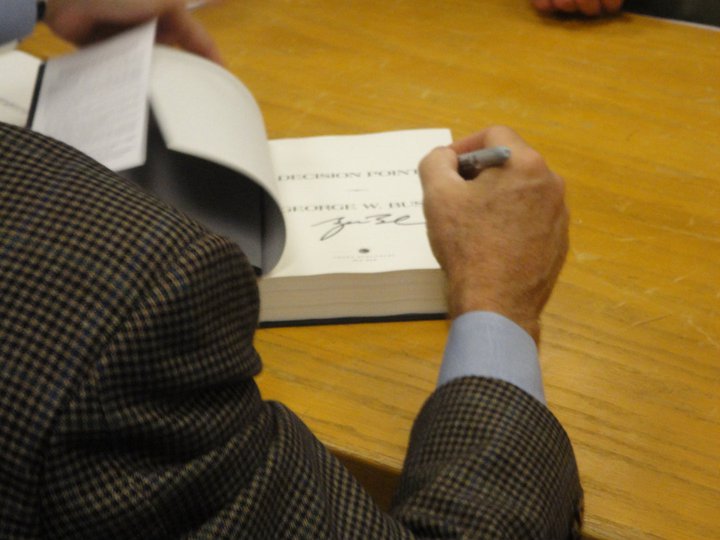 
His memoir, Decision Points, available in book stores today (bought mine this morning).