Midterm Aftermath: Even Bigger Than Thought 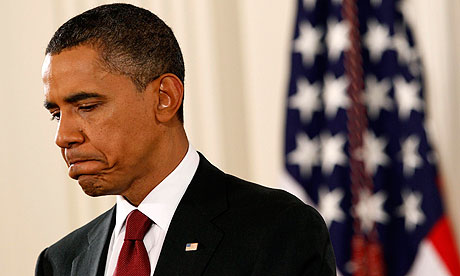 The aftermath of Nov 2nd is even bigger than thought:

The GOP gained majorities in at least 14 state house chambers. They now have unified control — meaning both chambers — of 26 state legislatures.

That control is a particularly bad sign for Democrats as they go into the redistricting process. If the GOP is effective in gerrymandering districts in many of these states, it could eventually lead to the GOP actually expanding its majority in 2012.

For the first time in two cycles, Democrats will have more seats up for grabs than the Republicans, and the party could see its shrunken majority erased altogether.

Several of the senators up for reelection came in on the 2006 Democratic wave, when the party picked up six GOP seats and won control of the chamber.

All great news and we have much to celebrate but we have to remind ourselves that this is just the first battle to set our country back to the path of greatness instead of the Obama path of mediocrity.

Sarah Palin writes a great article today about the work ahead:

Does that mean Republican candidates can look forward with greater confidence to the 2012 elections? Yes and no. Yes, objectively speaking the next electoral cycle should be even more favorable than the one that just ended. A large number of red-state Democratic senators will have to defend their seats; and since Obama will be at the top of the ballot that year, they won’t be able to hide from the fact that their party leader is a detached liberal with a destructive tax-and-spend agenda. Whether Republicans will do as well as they did in this cycle depends on whether they learn the lessons from the 2010 election.

What is the lessons? Set the narrative:

Just as in the 1980s, there are today millions of conservative-leaning Democrats and independents who are ready to join our cause. They gave us their votes, now we must earn their trust. And we do that by showing them that a vote for us will not be a vote for the big-spending, over-regulating status quo. The 2012 story should be about conservatives in Congress cutting government down to size and rolling back the spending, and the Left doing everything in its power to prevent these necessary reforms from happening. In the next two years, if all we end up doing is adopting some tax hikes here, some Obama-agenda compromises there, and a thousand little measures that do nothing to get us out of the economic mess we’re in, the same voters that put the GOP in office will vote them out in the next election.

She goes on to write about the daggers already being thrown at her and other true conservatives for backing conservative Republicans over RINO’s in blue states. While backing the RINO’s may have pushed a few over the edge, that is what got us some sorry excuses for Republicans in the first place…and look where that got us:

…we saw in the last decade what happens when conservatives hold their noses and elect liberals who have an “R” after their names. Our party’s message of freedom and fiscal responsibility became diluted. In 2008, it was difficult to claim on the one hand that we were the party of fiscal responsibility and on the other hand that our fiscal policies work. It was clear to the electorate that the GOP had not adhered to fiscally conservative positions, and that the liberal positions they did adhere to didn’t work. If we go on in that direction again, we won’t have a base, let alone a majority. Certainly we can and should back sensible center-right candidates in bluer states, but I see no point in backing someone who supports cap-and-tax, Obamacare, bailouts, taxes, and more useless stimulus packages.

No way in hell Obama changes his stripes…he is no Clinton…and the economy doesn’t look like it will change much over the next few years, most especially if Obama continues on his Socialist path. If we stay on message, continue to campaign for true conservatives, and fight back against the liberal scare mongering there is no reason to think we can’t have a successful 2012 campaign.