Now this is spin:

Oh, and Fox has officially called the House as controlled by Republicans.

Fox is calling it for Harry Reid….oh well.

ALLEN WEST HAS WON IN FLORIDA, at least according to the Daily Caller; AP has apparently declared Pat Toomey the winner in Pennsylvania.

California is no surprise….Boxer and Brown win.

Paul Kanjorski lost tonight. He had held the seat for 26 years.

Don’t remember him? Roll the tape:

Feingold is losing and Fox just called a Haley win 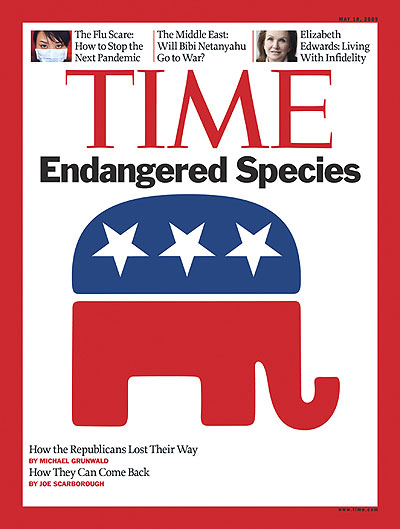 Another piece of history made tonight: New Mexico has elected the first female Hispanic governor in American history. 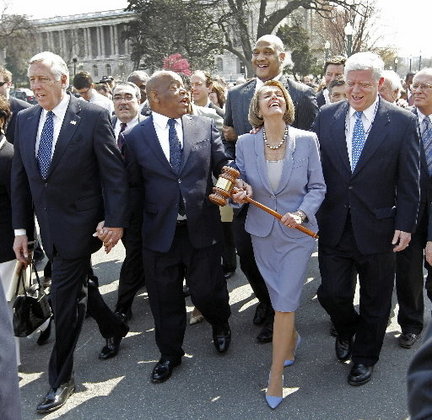 In a victory of historic proportions, Republicans will win the U.S. House of Representatives with a net gain of about 60 seats, Fox News projects.

The gains would exceed those made during the Republican wave of 1994, when the party picked up 54 House seats. In House races from Florida to Virginia to Indiana, voters were sending a rebuke to the Democratic Party by electing Republicans over Democratic incumbents.

60 seats….wow, what an awesome night.

And ride the Christie wave:

So far, we have big GOP leads in most marginal districts with at least 15 percent of the vote in:

The only marginal district the GOP is behind in is KY-6, where Chandler leads Barr by 5.5 percent with 60 percent in.

If the GOP wins five of these six, it will be on track for a 60-to-75-seat-pickup night.

Coons wins DE (Could be a risky early call by the networks.)
Mikulski wins MD
Rubio wins FL
Shelby wins AL
Blumenthal wins CT (Problems in CT. Precincts running out of ballots. Polls may be open until 10pm. Considering these facts, this call may be another risky network move.)

Fox has also called it for Demint….some good and bad news:

Indicator Number One: I am told that one Democratic strategist, helping a television network with Election Night analysis, just declared that the Democrats were experiencing something on par with mass murder. The GOP counterpart looked at the same numbers and concluded the Democrats are, so far, not getting the urban turnout they need; suburban and rural areas are seeing big turnouts.

Indicator Number Two: One Republican who is seeing early indicators in Florida says, “If this holds, we win everything.”

Hmmmm….black panthers at it again:

Fox 29 News ran into a New Black Panther Party member outside as the same Philadelphia polling place where voter intimidation was reported two years ago. He was handing out a sample ballot for the Democrats.

The man was seen outside the polling place in North Philadelphia was wearing a pin that indicated his party affiliation, along with a black hat, sunglasses and leather coat.

We spoke with the man briefly ( see video to the left) and asked him why he was standing in front of the poll doors. His response was, “no comment.”

We then asked him if he was at the polls representing the New Black Panther Party and if his panther label button was a symbol of the party. We received no answer.

Quite a swing in turnout but still way early:

As of noon in Colorado, nearly 74,000 more Republicans have voted than Democrats:

Do you remember this?

Have you voted yet?
[Aye]

Do you remember this?

How about this one?

Have you voted yet?

There is nothing more important or pressing today. Your vote today will matter for a lifetime.

Put aside whatever you’ve got planned. Go to your polling place. Stand in line. Wait your turn.

Your grandchildren will thank you.
[Aye] 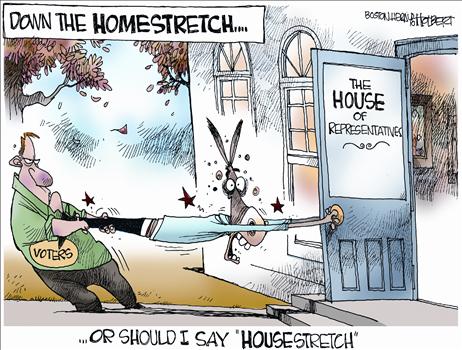 Tomorrow is Election Day. Before you head to the polling place, take a moment to remember March 21st, when the Pelosi Congress cast its vote for Obamacare. The enduring image of that day is one of Congressional Democrats arrogantly dismissing the pleas of thousands of Americans gathered outside the Capitol Building begging them not to inflict this disastrous bill on us.

In the end this bill wasn’t about health care reform; it was about control and government mandates and fines for not purchasing a government-approved insurance plan. The bill jeopardizes the very thing it was supposed to reform. Every day we hear about doctors leaving the Medicare system; increased premiums with talk of price controls; rationing becoming standard practice; and panels of faceless bureaucrats deciding which categories of treatment are worthy of funding based on efficiency calculations (which I called a “death panel”).

The morning after this terrible bill was passed by the House, I wrote that “we will remember the corrupt deals, the corrupt process, the lack of transparency, the deceptive gimmicks to game the CBO score, and the utter disregard for the will of the American people.”

They voted against our will that day. Tomorrow it’s our turn to vote against them and put our government back on the side of the people. This is our chance to rebuke their big government power grab, reject their unwanted “fundamental transformation” of America, and start the process of repealing this bill before it buries us under a mountain of debt.

So let’s fire Pelosi, retire Reid, and send all those who were responsible for that disgraceful bill a message that America is still about “We the People.”

Tomorrow is our Freedom Day.

Enshrined in our Constitution is the process for the peaceful transfer of power. Our revolution continues each election at the ballot box, and tomorrow we will renew the spirit of the American Revolution once again. Let freedom ring!

I’m a pessimist so I’m predicting 55 seats and 8 Senate seats. Really can’t believe I’m writing that 55 seats is pessimistic but what with all the “blood bath” talk FROM the Democrats…55 seats IS pessimistic.

Jim Geraghty has got his prediction at 70,

And Rasmussen is impressed:

If these results hold, it could lead to the election of more Republicans to Congress than at any time since the 1920s

Question is, will the numbers hold?

We will keep you updated as the day goes by, put any tips in the comment section plus your own predictions.

Whether your glass is half empty, or half full, it IS Freedom Day tomorrow. Go vote!

Login
wpDiscuz
60
0
Would love your thoughts, please comment.x
()
x
| Reply
‹ Back to Categories