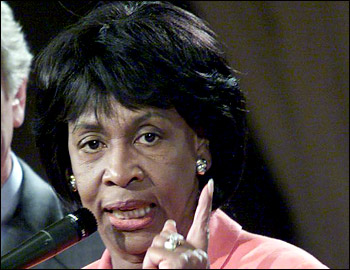 Ahhhh the Democrats. When it comes to hypocrisy no one can beat em.

Recall this episode some weeks back:

Rupert Murdoch, who has never been shy about making his political views known, has voted with his sizable checkbook.

Murdoch’s News Corp. has made a $1 million donation to the Republican Governors Association, triggering swift criticism from Democrats that a contribution of that magnitude casts a shadow on his media properties, particularly Fox News.

“For a media company — particularly one whose slogan is ‘fair and balanced’ — to be injecting themselves into the outcome of races is stunning,” Nathan Daschle, executive director of the Democratic Governors Association, said Tuesday. “The people owning Fox News have made a decision that they want to see Democratic governors go down to defeat. It’s a jaw-dropping violation of the boundary between the media and corporate realm.”

“Any pretense that may have existed about the ties between Fox News and the Republican Party has been ripped violently away,” said Hari Sevugan, spokesman for the Democratic National Committee. “Any Republican that appears on Fox should now have a disclaimer that they are financially supported by the network and any coverage of the elections this fall on Fox should be reported with disclaimer for what it is — partisan propaganda.”

Of course they had no answer for the facts dug up by Mark Tapscott:

Senior executives, on-air personalities, producers, reporters, editors, writers and other self-identifying employees of ABC, CBS and NBC contributed more than $1 million to Democratic candidates and campaign committees in 2008, according to an analysis by The Examiner of data compiled by the Center for Responsive Politics.

The Democratic total of $1,020,816 was given by 1,160 employees of the three major broadcast television networks, with an average contribution of $880.
By contrast, only 193 of the employees contributed to Republican candidates and campaign committees, for a total of $142,863. The average Republican contribution was $744.

And just yesterday as Robert Murdoch testified in front of Congress in SUPPORT of amnesty for illegal’s Maxine Waters urged him to back up his views by slanting the Fox News coverage:

Mr. Murdoch, both you and Mr. Bloomberg have the possibility of doing a lot of education, you’re very powerful with your media networks, and you’re able to disseminate a lot of info and to frame issues. and to mr Murdoch, it does not appear that what you are talking to us about today and the way that you are discussing it, is the way that it is discussed on fox, for example.

Why are you here with a basically a decent proposal taking about the advantage immigrants to our economy but I don’t see that being promoted on Fox. As a matter of fact, I’m often times stunned by what I hear on Fox, particularly when you have hosts talking about “Anchor Babies” and all of that. Explain to me, whats the difference in your being here and and what you do not do with your media networks

I’m very grateful that you guys are here and what you’re saying, but I’m trying to point out the contradiction between Mr. Murdoch being here, saying these vital things about immigration reform and the contribution that immigrants make to our economy and our society, and i don’t see you promoting that in any way with all the power and ability that you have to do that, and I’m trying to find out, what is the difference? What is the contradiction? Why don’t you use your power to help us to promote what you’re talking about?…

So let me get this straight. The Democrats have railed non-stop about Fox News and the supposed Republican slant to the coverage. They railed against Murdoch because they believe he is “promoting” his views through his channel.

But it would be a-ok if what he promoted just so happened to be a view that they agree with.

Waters and her ilk want Murdoch to openly steer the content of Fox and other News Corp reporting operations. Unlike the hypothetical “education” campaign Waters’s proposed, News Corp’s political activities have no demonstrable effect on the company’s news subsidiaries – no one has been able to point to any instance of such interplay.

(Fox differs from competitor MSNBC in that regard. The latter cable channel, and its sister channels on cable and network TV, have been the subjects of pressure from executives at General ELectric, their parent company, according to former employees. Charlie Gasparino, a former CNBC reporter,claimed that GE CEO Jeff Immelt pressured CNBC staff to go easy on President Obama. NewsBusters has documented the immense conflicts between NBC’s “green” campaigns and the millions of dollars GE stands to make from environmental policies that benefit from such campaigns.)

Waters is not simply suggesting that News Corp. exert itself in the cause of comprehensive immigration reform (i.e. amnesty). Murdoch is already doing that – that’s why he was testifying in the first place.

No, Waters is suggesting that Murdoch discard any appearance of separation between News Corp’s political preferences and its media activities, and begin promoting a political cause not only through the activities of the parent company, but by pushing that cause under the guise of news at News Corp’s media holdings.

Media bias is all well and good if it’s liberal bias.

Oh, btw….You must go read the whole piece by Lachlan Markay at Newsbusters to read even more about the threat she gave to Mr. Murdoch. The woman is a friggin witch….and a criminal.