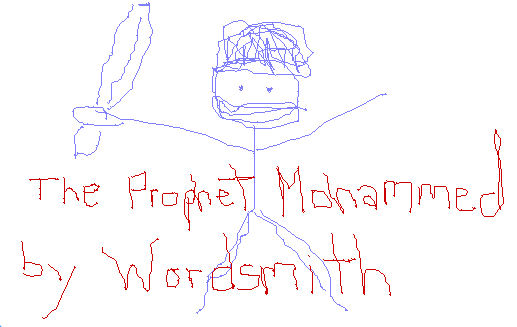 Wordsmith… if you are so certain that these Muslim loons are so benign… then you shouldn’t have any problem posting a cartoon of Mohammed to the site. They would never never issue a fatwah calling for your death for exercising your right to free speech.

Since my scanner’s out of commission, I had to resort to an online drawer (seriously, I’m a much better artist than this!)

Now go ahead and broadcast this to every jihad and Islamic forum on the ‘net.

So what was your point anyway, Bly?