The Left’s defense for the behavior of the Journolistas is that it is just media types pooling their ideas; true enough, unfortunately, their ‘ideas’ were propaganda and lies that swayed an electorate so that the United States now has to endure its first Socialist Racist President.

Unlike Duranty, who held Communism in contempt at least privately, but was willing to sell out his personal integrity to assuage his hedonism and promotion of Duranty by playing up to the mass murderer Joseph Stalin and The New York Times.  Consequently, FDR was deluded by men like Durant and the Soviet Agents, like Alger Hiss that had infiltrated his confidence and advised him with advice that has influenced and endangered the United States to this day.

Therein is the rub or treason; of course, a Socialist will always retort that the “Ends Justify The Means” and that lies or propaganda is doing the United States a ‘collective good’ and therefore they are more than justified in their lies to promote the cause of Socialism against the hard headed people who actually believe that the Constitution contains the secrets of our exceptionalism  and success.  Thus theirs is the “Good Fight” and presenting propaganda and lies as news is justified; to a Socialist this is logic and therefore acceptable; unfortunately, the non-Socialist is left feeling bewildered and confused.  With sincerity he asks, “When did the news stop becoming the news and evolve into being merely a subliminal political message?”

Obviously this has been an excepted method of execution since the thirties.  There has probably been a 70 year period of only hiring Socialist sympathizers to derive the Yellow Press of today, but now that they have achieved their goal, they are losing their audience and credibility at an astronomical rate.

Here are five of the most blatant excesses in journalistic malfeasance.

Many of these conspiring journalists who took it upon them selves to pervert the news to enable a Socialist Agenda were from previously respected news sources.

Considering that Journolist included journalists from Washington Post, the New York Times, National Public Radio, New Republic, and Time, one has to wonder if the biggest story covered up in 2008 was the illegal coordination between ACORN and the Obama campaign. 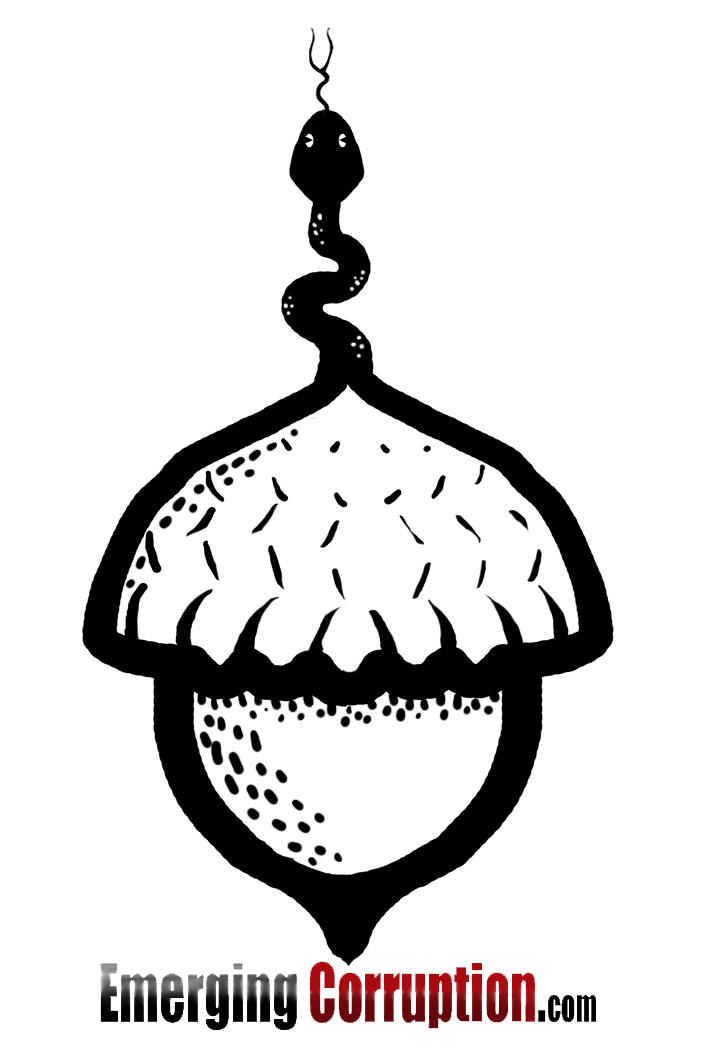 Unfortunately, the Socialist Left is so devious in their efforts to bring down the United States and create their Socialist Utopia, that they manage to have the taxpayers pay to fund entities like NPR and soon we will be paying to keep corrupt and obsolete news sources like the New York Times alive so that they can plot to throw more elections just like the low life’s who are always trying to manipulate horse races, with one exception, manipulating a horse race will get you time in prison, manipulating a federal election is OK if you are a Socialist.

Obviously, the left wing media see themselves as the puppet masters — busily manipulating the news and the public while placing their own in the highest offices. How ironic that their latest and greatest keeps shutting them out. I understand Ozero has a news moratorium on the fundraisers he’s attending during his three upcoming vacations. Can’t have any embarrassing moments caught on tape — like who is attending and donating money to this bunch and what they applaud and find amusing.

Ms Tooth, there might be the slightest worry that the public might realize how much time is spent playing golf, playing basketball, flirting with women on tv while you sit like a woman in front of the world, vacationing and putting on rock concerts; while devoting so little time to the economy, the war, and to creating jobs. Of course Obama figures he has the solutions, he will rely on the left’s old remedies, more taxes, more government hires, preferential treatment for unions, and waiting until it’s time to pull the troops out. In the mean time. live it up, pose for the women, give speeches, and promote World Socialism.

Who knows let in the media and you might have a traitor to the cause of Socialism act like a real news journalist and spoil the whole damn thing, there’s a potential turncoat behind every door. Who gave us the Journolist anyway?

To use the socialist tenet the the end justifies the means, hanging a few of these treasonous talking heads would be justified, now wouldn’t it? It would sure get their attention.

SKOOKUM: hi, VERY interesting subject on your Post: IT remind me of what my sister
Mentioned on the phone during the last election, that is: THE NEWS OUTWEIGH THE FICTION,
AND it made me notice how right she was. bye

Ms Bees, that is too funny. You made my day complete, thank you!

I wish I had that line in my post.

“Who knows let in the media and you might have a traitor to the cause of Socialism act like a real news journalist and spoil the whole damn thing, there’s a potential turncoat behind every door.”

We can only hope. I imagine the results would look something like those old Raid commercials — with all the cockroaches at the party running for cover back to Chicago, leaving DC vermin-free. (I can dream, can’t I?)

Ms Tooth: The old Raid commercials might not be PC, (and I worry so much over being PC) but it is a nice image thinking of Ayers and Obama and all the tax cheats and Socialists running for the hinterland or better yet, Cuba, while the fresh scented spray from the big can of Constitution chokes them into delirium and psychotic hallucinations.

Gee imagine that, the old gray lagy is not such a lady afterall, who would of known, oh that right those of us who never bought stock in them in the first place. I believe the fiorst thing this next congress needs to do is start investigations into the subversive activities of all of the Communist networks and their fellow travelers. That will sure send the cockroaches scurring for cover won’t it.

As much as I feel there are people at the NYT and WaPo and NBC, etc. who have committed treason against this country by manipulating the public’s awareness of government (and disclosing national security secrets, etc.), I’m concerned about using government power against the media. That course presents just as much danger to our freedom as does a subversive press.

Nuada, we have a perplexing question that begs to be defined. Personally, I think there should be a distinction between editorial opinion and cold hard news. Editorial opinion is an open highway with many exit ramps and tangents: presenting the news with an editorial bias is propaganda at least and fraud in the extreme.

Obviously, in the last presidential election, the most naive among us were caught up in the hype and empty promises of the Obama campaign, that is legitimate politics, whoever hires the best Madison Avenue Harpies has the best chance; however, when the news agencies, who have passed themselves off as objective for decades, assume the role of propaganda bureau, especially with an undereducated electorate that is steeped in Socialist Ideology via our Public School System, they have committed a grave disservice to our people that borders on fraud or a type of subversive action similar to treason.

Suppose the news was used to portray an even more insidious enemy of the state than Obama by manipulating the public’s perception of the candidate with lies and propaganda, and after the election a police state was set up and all freedoms were absolved; would we hold those newscasters who perpetrated the fraud responsible, assuming we could overcome the loss of freedoms or would we say, “Oh well, they were just practicing their Freedom of Speech”.

We have had fraud and propaganda committed against us during the last election in the role of objective news casting.

If we sold cars and trucks with bogus lies we are held responsible for our actions , but the election of a president is exempt from the truth by our “news” people. On one hand we have advertising on the other we have objective reporting, there is a definite line that should be distinguished.

I enjoy reading and listening to editorial opinion: when I listen to the news, I expect the news, not propaganda.

Just more hyperbole and misinformation so characteristic of the reactionary conservative blogosphere.

Jonathan Strong of the Daily Caller caught Ezra Klein of the Washington Compost in a lie. Klein the braggert and resident idiot of the Compost divulged the existence of the complicit emails, and with some investigative work, the result is the Journolist.

Here’s an example from Gunsmoke. Marshall Dillon put some heat on some drifters heading into Dodge City. They said that they didn’t hold up any train. Matt said “Who said anything about holding up any train?”

Nothing from the MSM about the billion plus class action suit the Sherrods spearheaded against the USDA. 86,000 plaintiffs were awarded the billion plus, because of so called racism. There’s a major problem because there are less than 38,000 black farmers. BO cosponsered this reparations bill in 2008, to pay the payout. The Sherrods and their plot farmers got 13 million for 6000 acres worth 9 million. I know that Jackson and Sharpton race hustle money from corporations(reparations are limited), but they should learn from the Sherrods how to hustle the feds for unlimited reparations.

Cashill wrote this article for the Wall Street Journal,today. Breitbart, you magnificent bastard, look what you started.

Around 90% of all black farmers had gone out of business from 1964 through 1997, compared with around 37% of all white farmers during the same period.

I’m curious. What might such a large disparity along racial lines be attributed to?

I’m curious. What might such a large disparity along racial lines be attributed to?

Perhaps blacks don’t like to farm as much as whites? Who knows the answer to such a question for sure?

Could it be a difference in population distributions? I’ve not looked that up to see the percentages of rural versus urban, just asking if that is a possibility.

What do you think the answer is?

It was a leading question following up on #15, of course. I think USDA lending discrimination was probably one big factor, hence the class action settlements.

No doubt there were other factors as well. Probably a higher percentage of blacks owned small family farms which were a lot less competitive than larger holdings as farming became increasingly mechanized and markets more distant. Probably a lot of the black-owned farms were in the south; rural blacks were pmore likely to migrate to cities in the north than their white counterparts, hoping they’d have improved economic opportunities and get away from Jim Crow laws.

Aye and Greg, I got these numbers from the Cashill article from WSJ. Looks like inflated numbers, potato and plot farmers, “farming” the system.