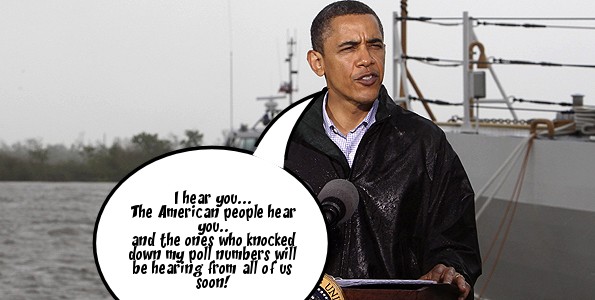 U.S. President Barack Obama talks after touring the Coast Guard Venice Center in the Gulf of Mexico region to view environmental damage caused by the sinking of BP’s oil and gas Deepwater Horizontal drilling rig while in Venice, Louisiana, May 2, 2010. REUTERS

President Barack Obama likened the disastrous oil spill in the Gulf of Mexico to the September 11 attacks in an interview published on the eve of his fourth visit Monday to the stricken region.

“In the same way that our view of our vulnerabilities and our foreign policy was shaped profoundly by 9/11, I think this disaster is going to shape how we think about the environment and energy for many years to come,” he told Politico.com. 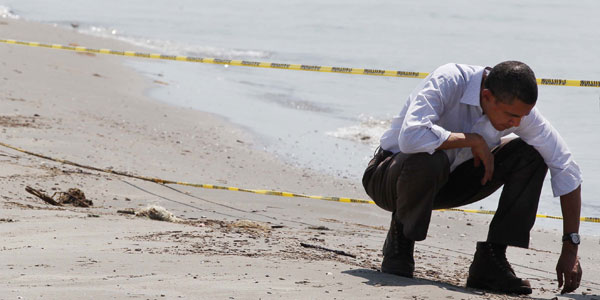 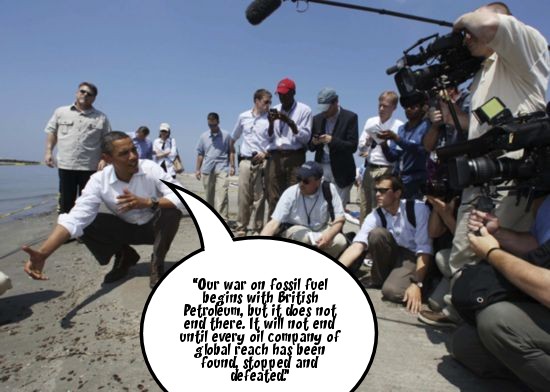 The CiC rolls up his sleeves and prepares to kick ’em in the tarballs!