Quote of the Day

‘The State of Israel faces an attack of international hypocrisy…it is our right and obligation to prevent arms from reaching Gaza. This was not a “Love Boat” it was a hate boat.’
–Prime Minster Netanyahu 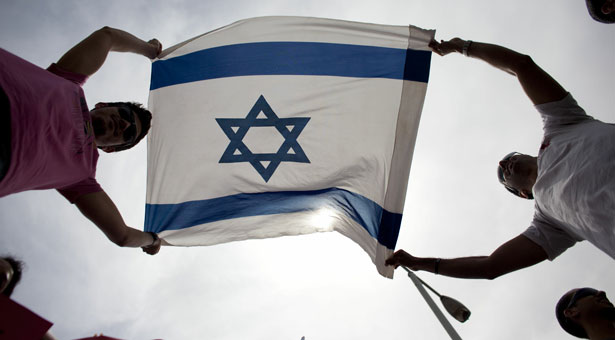 June 1, 2010
Israelis demonstrate as Sheikh Raed Salah, the head of the Northern Branch of the Islamic Movement in Israel, is brought to Magistrates Court in Ashkelon. Salah, who was arrested during the Israeli commando raid, was interviewed by Israeli police about his involvement with the aid ships.By Uriel Sinai, Getty Images
Wordsmith