What Happened On Northwest 253 & How It Could Have Been Prevented

Meet the man who saved Northwest 253:

A Dutch airline passenger told The Post how he leapt into action when an alleged Muslim terrorist tried to blow up a Detroit-bound airliner packed with 300 people just moments before landing. 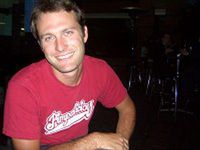 “Suddenly, we hear a bang. It sounded like a firecracker went off,” said Jasper Schuringa, a film director who was traveling to the US to visit friends.

“When [it] went off, everybody panicked … Then someone screamed, ‘Fire! Fire!’”

Schuringa, sitting in seat 20J, in the right-most section of the Airbus 330, looked to his left. “I saw smoke rising from a seat … I didn’t hesitate. I just jumped,” he said.

Schuringa dove over four passengers to reach Abdul Mutallab’s seat. The suspect had a blanket on his lap. “It was smoking and there were flames coming from beneath his legs.”

“I searched on his body parts and he had his pants open. He had something strapped to his legs.”

The unassuming hero ripped the flaming, molten object — which resembled a small, white shampoo bottle — off Abdul Mutallab’s left leg, near his crotch. He said he put out the fire with his bare hands.

Schuringa yelled for water, and members of the flight crew soon appeared with fire extinguishers. Then, he said, he hauled the suspect out of the seat.

“I took him in a choke to the first class and all the people were like, ‘What’s going on?!”

Here a news crew interviews some of the passengers:

This incident proves that after 9/11 no one, absolutely no one, should just let the crew handle things. If someone is attempting to damage the plane everyone on that plane is now a soldier fighting for their lives.

This war on terror is far from over and that whatever security devices are put in place to combat these terrorists will not be enough. They will find a way around it, especially when many of the airports don’t have the type of devices that would of detected this stuff.

Abdulmutallab, also named elsewhere as Mutallab, is belived to have boarded KLM Flight 588 in Lagos, Nigeria bound for Amsterdam. There he connected to Northwest Airlines 253, heading for Detroit in an Airbus A330 bearing the colours of the airline’s new owner, Delta.

Airports in Nigeria do not typically conduct tests for explosive residue on passengers’ carry-on baggage and shoes. However, a spokesman for the Federal Airports Authority of Nigeria said the airport in Lagos had cleared a US Transportation Security Administration audit in November.

Yup, you read that right. The Nigerian airport from whence this terrorist came from had just cleared a TSA audit a few months ago. Who cares right? We don’t need this type of security anymore seeing as how Obama has proclaimed “We have reset our image around the world” when he gave himself a grade of B+ for his job so far. Guess Abdulmutallab didn’t get the memo that he was supposed to love us now.

And treating this war as a law enforcement issue will only guarantee that we will be on the losing side of this war.