The Decider and the Ditherer

Bookworm Room offers a study in contrast between the Decider-in-Chief and the Waffler-in-Chief who yearns for his glory days of being able to simply vote “present” in his handling of Afghanistan. He certainly talked up a good game….up until the moment when it matters the most.

Every now and then
we like to run this picture

The picture that launched a thousand moonbats: 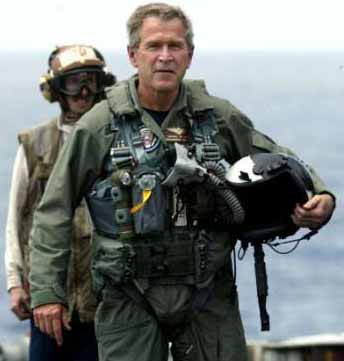 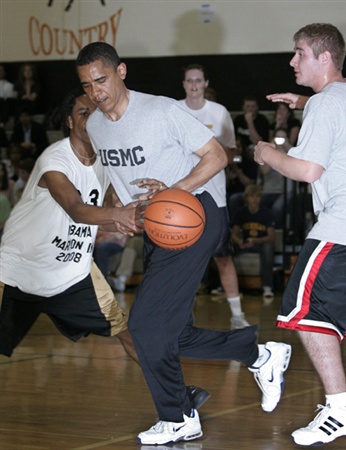 Wright men can’t jump!
This is the ditherer-in-chief. 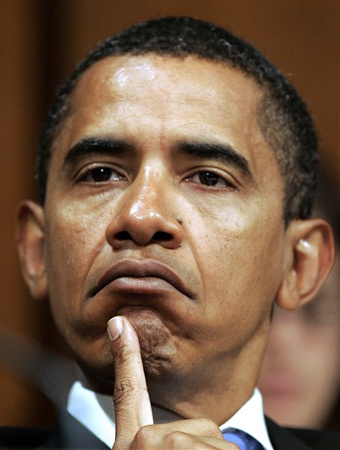 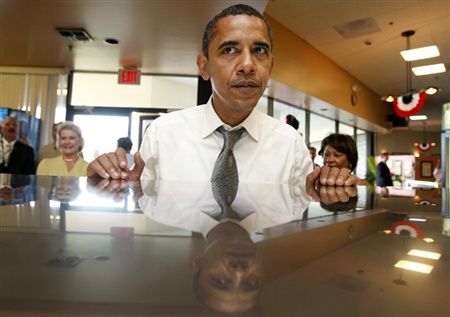 So many choices…Rocky Road or pralines and cream? Do I go with more sprinkles and nuts? Or a drawdown of toppings for my sundae….? 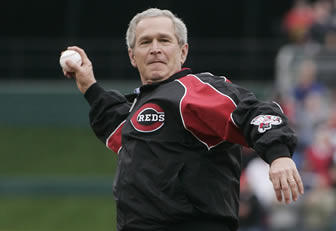 Threw a strike and liberated 50 million…. 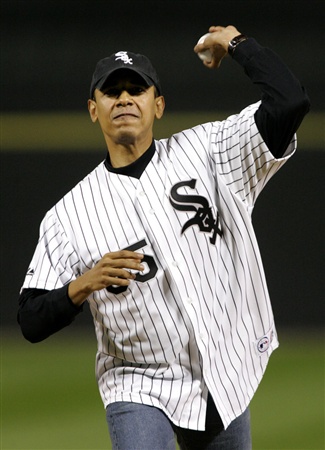 Threw it into the dirt and did not show support for democracy in Iran and Honduras and has liberated no one…including gays. 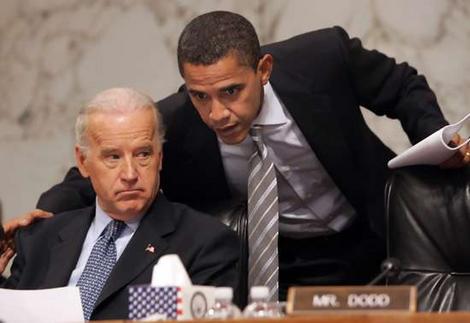 …And others, more harshly, argue that Mr. Biden’s judgment on foreign policy has often been off base.

They point out that he voted against the successful Persian Gulf war of 1991, voted for the Iraq invasion of 2003, proposed dividing Iraq into three sections in 2006 and opposed the additional troops credited by many with turning Iraq around in 2007.

“When was the last time Biden was right about anything?” Thomas E. Ricks, a military writer, wrote in a blog on Sept. 24. Mr. Ricks is affiliated with the Center for a New American Security, a research organization founded by Democrats. 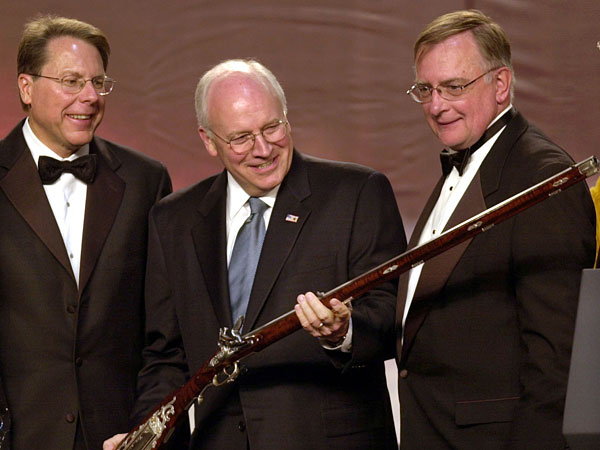 “Just show me where to point and aim this…”
A show of patriotism: 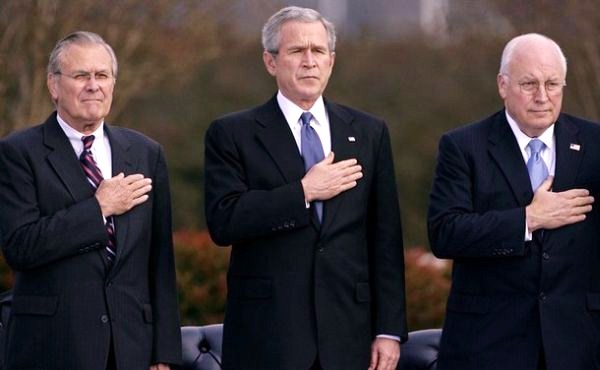 Refusal to wear patriotism on his sleeve (or on his lapel): 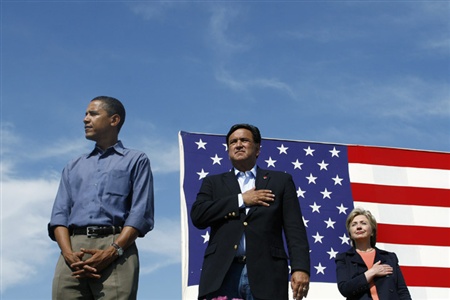 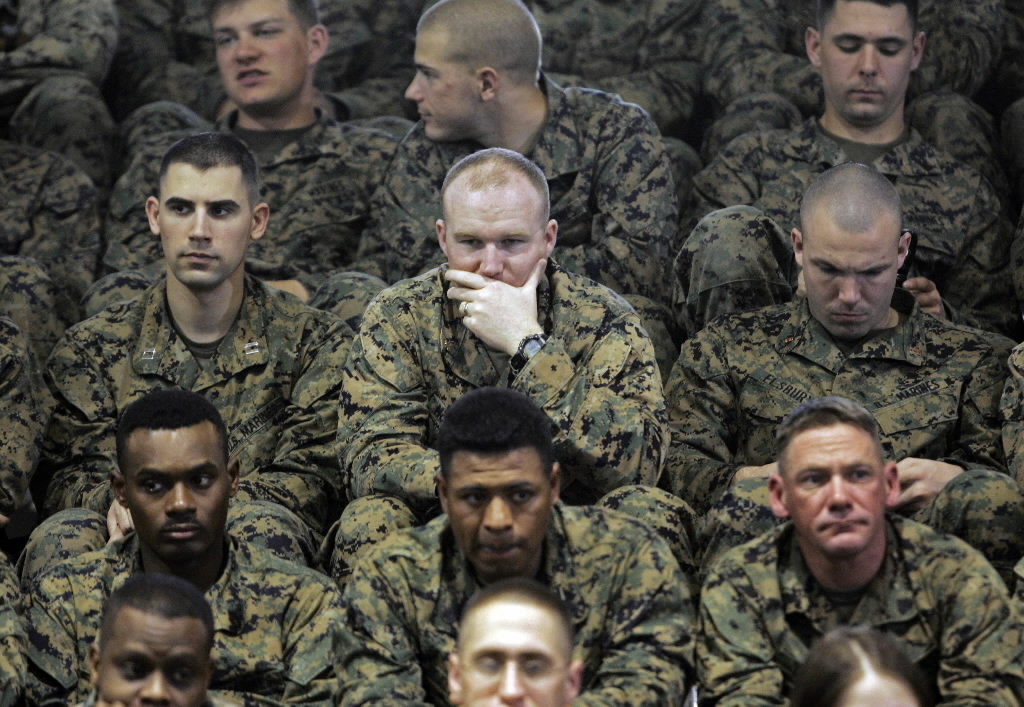 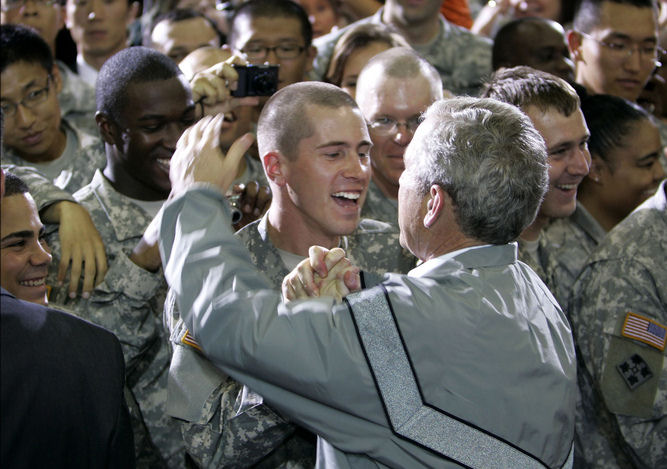 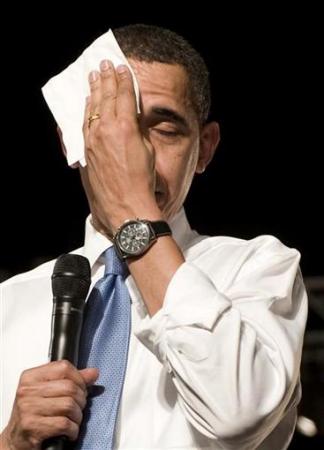 “President Bush made this look so easy….What to do? What to do?”
0 0 votes
Article Rating
Wordsmith

I remember my feelings very clearly when I originally saw the pic of O in front of the flag with fingers laced looking off in to the distance. I was immediately chilled with the thought of this man as President. I was raised to always respect the Old Glory. From my earliest memories of the Star Spangled Banner at the old Comiskey Park to the Veterans Day parades in my college town.

I knew instinctively that this man did not have any love or respect for the country or interest in protecting her citizens or interests against all enemies — foreign or domestic.

I am pleased that even some of the left MSM are now starting to sit up. And, the polls only continue to show how is popularity has eroded.

I can only pray and hope for continued resistance to his agenda. C’mon 2010.

[…] 13th season already running in the US. It will celebrate its 12th anniversary later this year. The Decider and the Ditherer – floppingaces.net 10/23/2009 Bookworm Room offers a study in contrast between the and the […]

You’re really trying to kick the top off the ant hill, eh?

That’s the pic of the empty suit in the oval office wearing the USMC he never earned–he hasn’t a clue how insulting this mother of a son who proudly wears the EGA finds this!!!

hell, he is only qualified to hang curtains. shows ya what a real man is and isn’t.

You know? I spent many a day in our Armed Forces but I never had to spend one single microsecond waiting for any news from Obama. The Obama pics made my stomach crawl.

in that pic of Obama standing over Biden, the front focus is a little blurry. looking at the nameplate, which is probably Senator Dodd’s, but it sure as hell looks like “Mr. Dodo” to me…

i thought he voted ‘present’ when the vote for who would hang the curtains happened? Oh well, I guess hanging curtains is pretty manly for Obannanalanadingdong.

I like the one in the Mom jeans…whatta wimp.

0
Reply
Bookworm Room » The do-er and the thinker

[…] Obama’s inability to make a decision regarding Afghanistan, Flopping Aces has a photo essay highlighting the difference between Bush and […]

I agree, ma’am. Feelin it my self. Hard to look at.

Ooahh for our young men.

On wright men can’t jump…Spastic Obama is getting the ball stripped from his lefty hand. Just like it’s going to be in 2012. (Obama Can’t: Golf, Pitch, Play Basketball, Walk and chew at the same time, etc.) The MSM makes him out to be a sports hero which he’s not or ever will be.

Osama LOVES to see those pics mocking the Commander in Chief !! He hates Obama roo you guys both have a common enemy, the POTUS

The one with his had on Joe’s shoulder reminds me of a Christmas I got stuck in DC. Like Joe, I had a guy get a little overly friendly, I told him, if you do that again, I will break your arm. He decided there was easier game to chase and disappeared.

Unlike Duckakis, GW actually wore the gear and could still fly the plane, Obama like Dukakis sp could only stick their head up like a gopher looking out of a burrow.

Now. this is fun, great photos and caps. Since he’s not capable of making a decision or sticking with one, let’s pick a Rocky Road for him, leading to a screaching halt on a dead end.(as in road sign in case fit fit is lurking)

Remember the old saying “Never send a boy to do a man’s job”? Thanks dems – you screwed your country with your choice of an unAmerican socialist pig!
Madalyn

Notice in the “hanging curtains” pic that the EXIT sign is over the window. What????? Were the owners trying to pretend to conform to fire safety laws when there was no exit other than the entrance??

Hmmmmmmm, could this possibly be a building for the “law abiding” ACORN group?

Aw yes, the curtain hanging photo op, wonder how he thought he was going to get that curtain rod on the brackets, bad approach, ain’t going to work. Just jump up there and stick them to the frame?

I would have liked to see the next shot where the curtain is dangling from the bracket and the rod came apart and slid out of the rod pocket. Then he’s off to fix Afghanistan, what a dope.

Whew, I was scared I was gonna see a picture of Obama with a chain saw. No chance of that, though.