Where are My Sunday Funnies?!?

Due to some uploading issues this morning, Sunday Funnies won’t be ready until this evening. In the meantime, caption these: 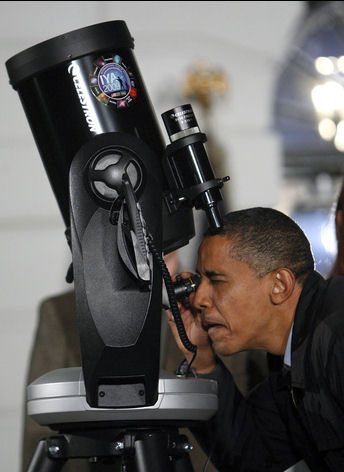 President Obama looks through a telescope during a stargazing event on the South Lawn of the White House. The event was attended by local middle school students and astronomers from across the country.
Jim Young-Reuters