Please remember David Reed Gamboa-Brandhorst and his fathers, Daniel and Ron….3 among the 2,996 stolen from us that Tuesday morning, 8 years ago…. 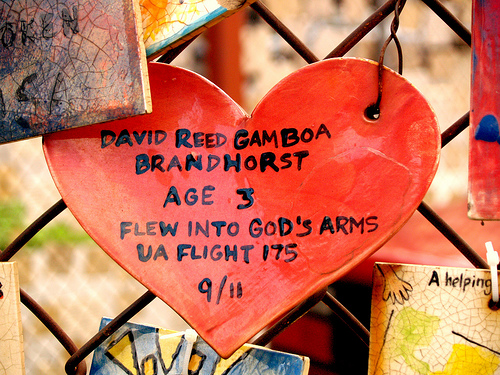 David Reed Gamboa-Brandhorst was born June 23, 1998. That same month, an enemy of the United States few Americans knew about, Osama bin Laden, was placed on the FBI’s most wanted list. 2 months later, on August 7th, the world saw simultaneous bomb attacks on US embassies in Kenya and Tanzania. 224 were killed, including 12 U.S. citizens. Worst was yet to come…

We owe it to ourselves as Americans- as patriots- to personalize the loss of our fellow citizens, then and now. They are our brothers and sisters; our fellow Americans, and fellow human beings.

The lessons of September 11th: Always remember, and never forget.