Just How A Pelosi Run Congress Should Work….Send A Cap & Tax Bill That Doesn’t Exist Up For A Vote

You recall that massive new tax passed yesterday? The one where 8 Republicans stabbed their constituents in the heart and voted to pass it……(via Michelle Malkin) 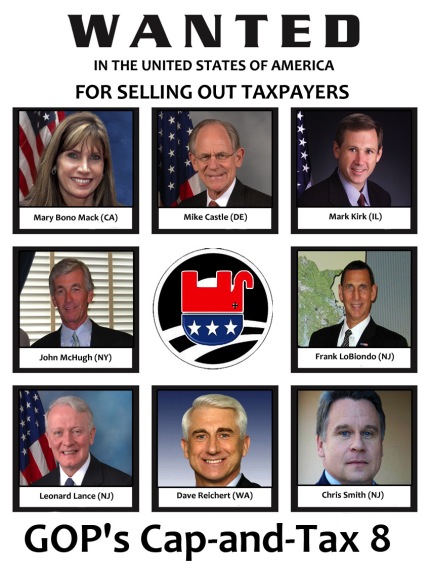 You remember now don’t you?

Well, those who voted on it could not remember much seeing as how it DOESN’T EXIST:

Nobody could have read the bill the House passed last night because there is no bill. There apparently wasn’t time to pull together a finished product that accounted for the hundreds of pages of amendments because of Pelosi’s headlong rush to slam this lunacy through before anybody had a chance to learn what was actually in it. So there is no “it” that all the pages and pages of words can be found “in.” Democrats have passed a concept — not a bill.

Texas Republican Reps. Joe Barton and Louie Gohmert have just asked the chair whether there exists a complete, updated copy of the Waxman-Markey carbon-cap bill.

“If a bill for which there is no copy were to actually pass this body,” Barton asked, “could the bill without a copy be sent to the Senate for its consideration?”

Through a series of parliamentary inquiries, the Republicans learned that the 300-plus page managers’ amendment, added to the bill last night in the House Rules Committee, has not even been been integrated with the official copy of the 1,090-page bill at the House Clerk’s desk, let alone in any other location. The two documents are side-by-side at the desk as the clerk reads through the instructions in the 300 page document for altering the 1,090 page document.

But they cannot be simply combined, because the amendment contains 300 pages of items like this: “Page 15, beginning line 8, strike paragraph (11)…” How many members of Congress do you suppose have gone through it all to see how it changes the bill?

Wonderful….just how I imagined a Pelosi run Congress would operate.

So, it passed the House. This tax, a tax in which Obama promised he would never force upon his adorers seeing as how he promised nobody making under 250 grand a year would pay any new federal taxes.

The left says, its not a tax! It’s a fee you see. Because any business that wishes to emit carbon will have to pay the fee to operate.

That’s a tax folks. Anytime you HAVE to pay our government and they use that money to operate the government…that’s a tax. We all know whats going to happen once the business’s are forced to pay more to operate, that burden will be passed on to the consumer. So our prices will go up for all sorts of goods. Then our utility bills will rise, as Obama promised:

So, as the Tax Foundation study stated, we are going to be paying about 2% more annually. Check that link for a calculator to find out how much more your gonna be paying per year because of the bill…or I should say, the bill that doesn’t exist……yet.

So what legal recourse do we have? I believe that voting on a bill that has not been thoroughly read, debated, studied, and understood is malfeasance.

I believe that we as Americans should worl on the repeal of this bill, as well as the Stimulus package and the recall of every politician who voted on a bill they did not read.

Unbelieveable. Not only did no one read the bill, they hadn’t even printed it or made an online version available.

There’s got to be a great campaign ad in this somewhere.

Did you hear Boehner reading from the 300 page addition to the bill yesterday afternoon? Included in the wonderful cap and trade that the House passed was all kinds of new requirements that existing homes meet certain green standards (tbd by the Energy Secretary, I presume) before they can be approved for resale. Additionally, appraisers would have to be retrained in order to be able to determine if homes meet these standards, which will cause appraisal fees to rise (usually paid by the seller). So, new home sales will bounce back when it will be impossible to sell your existing home without putting in $75,000 worth of Federally required green improvements. There were no specifics mentioned, but an open door for requiring anything from solar panels, to radiant barriers, insulated windows, increased insulation, more energy efficient HVAC systems. Have you priced that stuff lately? Would you be able to sell your house?

Realtors, you’d better start to lobby the senate to kill this thing, or your days are numbered. Everyone else should spread this news…because this hits home. Literally.

IF YOU ARE ONE OF THEIR CONSTITUENTS, CALL THEM!

Why? Because they have some time to change their vote, so all the pressure you can bring to cause that to happen, by all means do it!

Nobody could have read the bill the House passed last night because there is no bill.

So, in essence, they have just been given a BLANK CHECK, into which they can insert whatever they want?

Can industries and businesses sue if the Dems try to apply that law, since parts of it will be written later, and hence aren’t what was voted on, so really aren’t the law?

There surely must be a SCOTUS recourse for the Republicans, to question the legalities of Democrat House leadership forcing votes on bills that don’t exist or have never been provided.

All appliances would also have to be energy efficient. Seniors on fixed incomes would never be able to sell their homes.

Not only would appraisers have to be retrained, this would create another city/county inspection agency sellers would have to pay for an inspection before they could list.