Reap What You Sow…Liberal Writer Is Now Unemployed 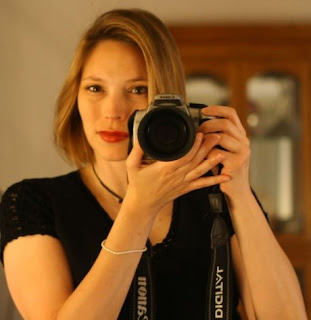 Will be off the grid for awhile dealing with the fact that I just got fired by PoliticsDaily.com

Yes, you read that correctly, an in-the-tank liberal media guy was fired. What is the world coming to?

In a recent article entitled “Bad Bunny”  Tommy takes on the Playboy’s vicious slam on conservative women. In response to the negative feedback generated by the article Playboy pulled the article. However, Caleb Howe captured screen shots – WARNING: NSFW! It is a good illustration of the new era of peace ushered in by the Obama administration.  Vile attacks on conservative women are commonplace in this new era.

While it is one thing to attack conservatives in with impunity, it is absolutely intolerable to go against another player in the Party. There is zero tolerance for dissent amongst Democrats and liberals – one strike and your out.

In an interview with NewsBusters, Christopher recounts his success as a writer for AOL:

As Christopher notes in the statement he released to NewsBusters he was a productive and successful writer for AOL. He is a well respected, widely read, and widely linked writer. His stories and opinions have been featured on Bill O’Reilly, Hot Air, Red State, The College Politico, The Daily Kos, The Huffington Post, and even NewsBusters. It seems highly unlikely that AOL fired him for lack of performance and it is important to note that nobody has claimed that as of now.

With all of this it seems that coincidental timing is an extremely hard sell for why Tommy Christopher was fired by AOL News today. It appears that Christopher was intent on covering a story which he found to be particularly important but that Aol News had “internally decided” was off limits.

Has the fact that AOL’s parent company, Time Warner, has a business relationship with Playboy may have affected their editorial decisions? After all Time Warner is a major national distributor of Playboy TV through their cable company.

I have met Tommy personally and find I disagree with everything he says. To his credit, he has learned never to cross me and has personally apologized for his rude behavior during a past conversation.  As much as I disagree with him, I agree that he has a right to speak his mind – even if I believe he has lost his 🙂

I was surprised to see he included me in one of his recent articles. Tommy is a good writer and liberal, he is bound to rebound from this debacle.

[…] I wrote about ten days ago about a video in which Supreme Court nominee Sonia Sotomayor commented Reap What You Sow…Liberal Writer Is Now Unemployed – floppingaces.net 06/05/2009 Today I came across a tweet by TommyXtopher: Will be off the grid for […]

Many media players are losing their jobs at failing leftist newspapers. He’s not the first or last, and while I don’t like to see anyone out of work, I feel even stronger thatif you lose your job because you failed (to bring in advertising revenue or to tell the truth), then business is business.

I had not read any of the Playboy stuff, and I kind of dismissed it – having said that, I read this piece and went to the link. Well, I have to admit that I am stunned. As bad as I know a lot of clowns on the left are, I find it appalling the level of vitriol and filth to which they stoop. People like this are truly hollow inside.

You have a point, but it doesn’t appear to apply in this case.
Check out the following at HotAir.

Good for him for standing up to such foul behavior.

[…] go along with the recent playboy article that Skye reported on which the writer wrote about the various conservative woman he would like to rape…Oh, I […]