“Remember me with laughter” 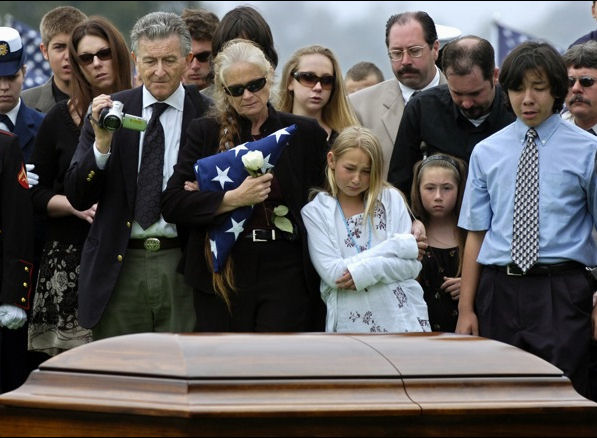 Photo by Scott Varley, for the Daily Breeze

Yesterday afternoon I went to the Los Angeles National Cemetery in Westwood.

Not long after arriving, as I was walking through the cemetery, a particular gravesite stood out because it was embraced by flowers and balloons. I guessed it was a recent soldier who had died. Walking over to it, I recognized the name of who I stumbled upon: Daniel Patrick Cagle. I had put together a post when he was buried two years ago, moved by the above photo. It had caught my attention on the front page of a local paper (Torrance, actually; but still part of the greater LA area), The Daily Breeze, as I was waiting in a diner.

Here are a few photos I took yesterday: 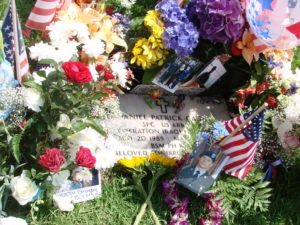 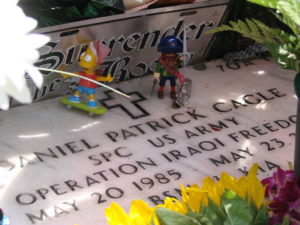 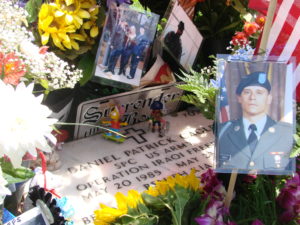 I do hope and pray that Cagle’s family and friends can remember him with laughter amidst the tears.