Yesterday I clicked on a news link about the ever ongoing Taliban encroachment in Pakistan. Leaving aside any commentary about that at the moment, I’m going to instead address Reuters and their politically correct reporting… or perhaps fear to tell the truth.

The article original was titled “”Residents flee Pakistan’s Swat as truce collapses” by Junaid Khan, and was appearing via a Lucianne link thru the Yahoo news site time-stamped May 5th, 8:17AM eastern time.

About halfway in was a subtitle labled “Civilian Shield”, and the opening two paragraphs following:

The military said in a statement security forces had beaten back an attack on the camp but a senior military official in the region said an operation might be launched to rescue 46 paramilitary soldiers besieged there.

“We’re acting with restraint because they’re using civilians as a shield but we’ll go after them if the situation gets worse,” said the military official, who declined to be identified.

Pakistani stocks ended up but off the day’s highs as investors remained cautious amid mounting expectation the military would step up its operations against the militants.

Since Yahoo and Google news sites have a tendency to result in broken links in a short period of time, I went for an alternative site that was apt to keep it longer.

So I went to the Reuter’s site and retrieved their version, time-stamped May 5th, 5:26PM EDT.

Lo… behold. Not only was the headline changed to “Residents flee Pakistan’s Swat as clashes loom”, dimishing the news of a collapsed truce, but the first two paragraphs about the civilian shields following the subheading were completely removed.

What makes it more bizarre, and certainly poor editing, is that whomever took the PC red pencil to the article failed to remove the subheading of “Civilian shield”… leaving it dangling there with no explanation. The ensuing paragraphs do not even address the reasoning for the subheading’s presence.

Yup… I expect a future edit when they figure that out, and remove all references to civilian shields entirely. Had they not left that subheading in there, I many not have noticed it as quickly.

Below is the screenshot of the original Yahoo publication (in case the link above disappears). The second is beginning of the article with the Yahoo time stamp. (click on picture to see it enlarged) 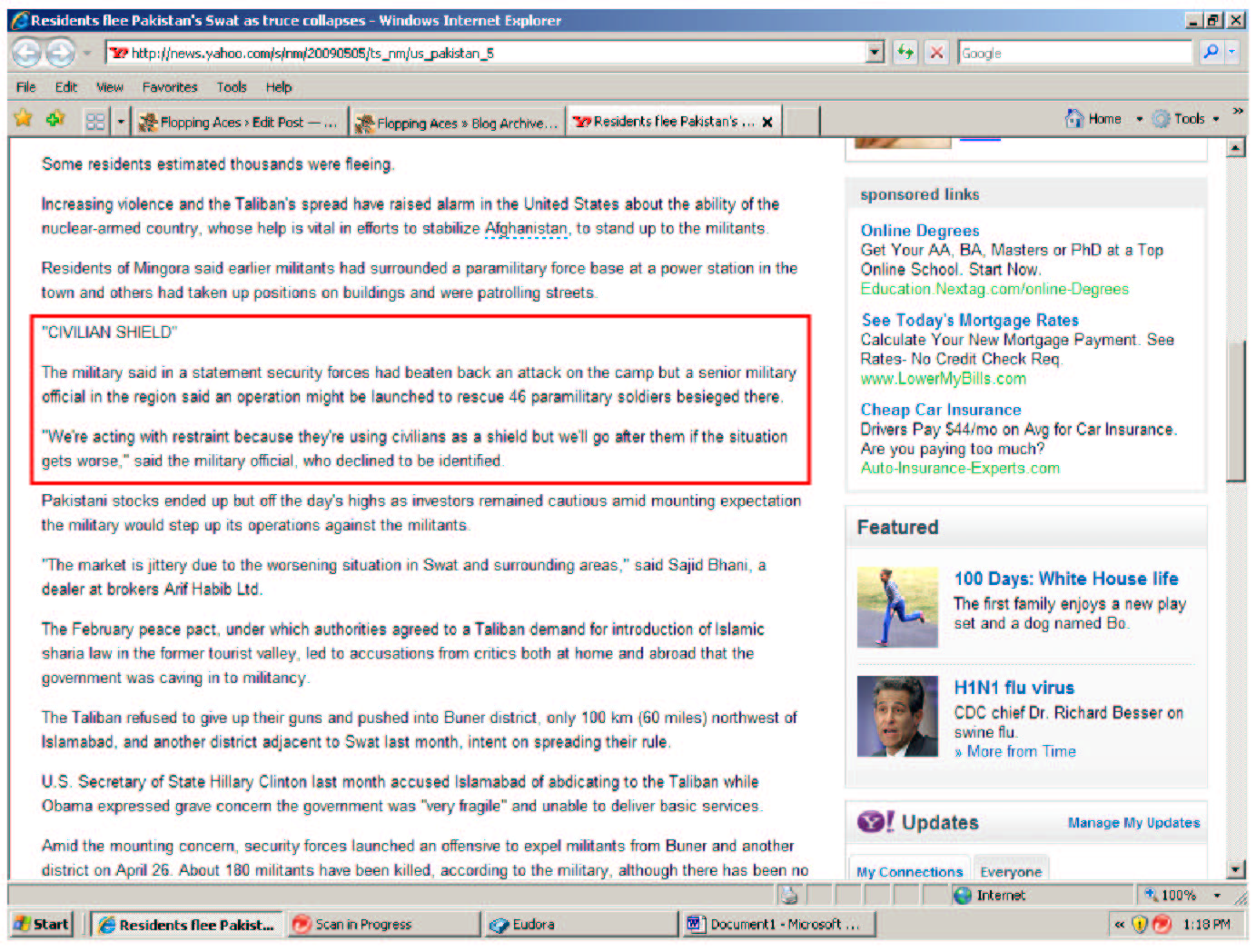 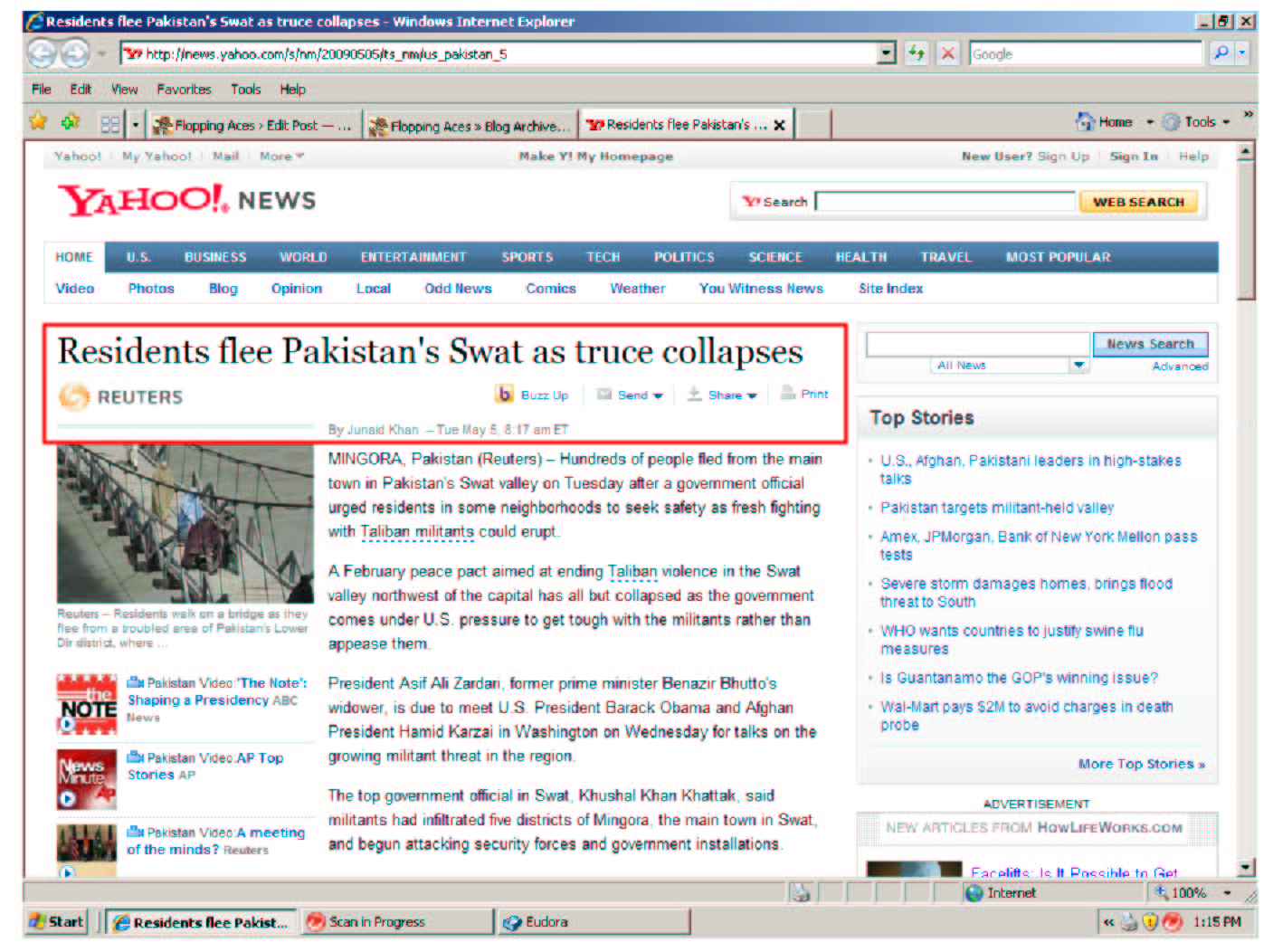 In case Reuters decides to do further editing, here are the two screen shots with the missing paragraphs, but the subheading remaining, and the second screen shot being the Reuters time stamp later than the Yahoo original publishing of the unedited version. 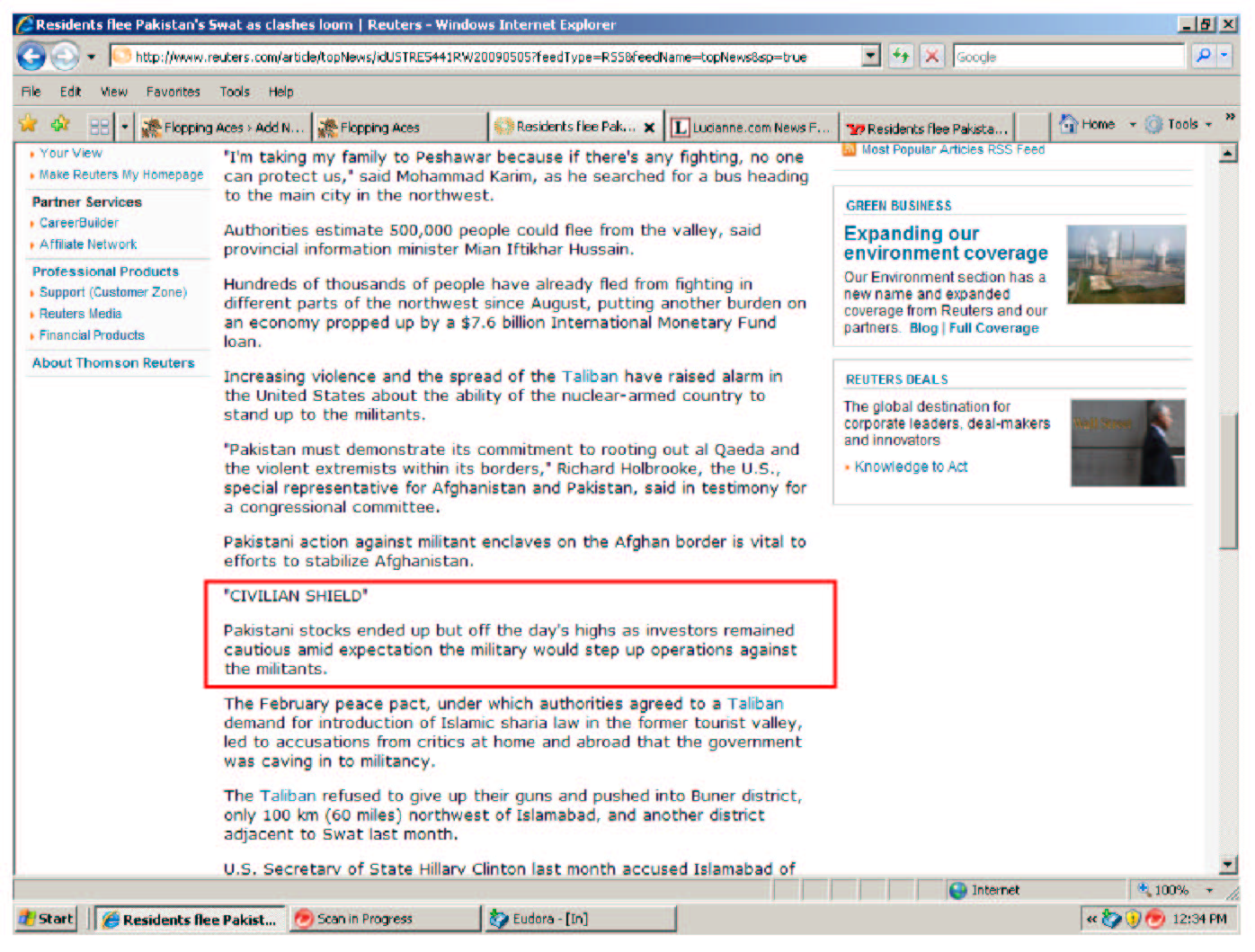 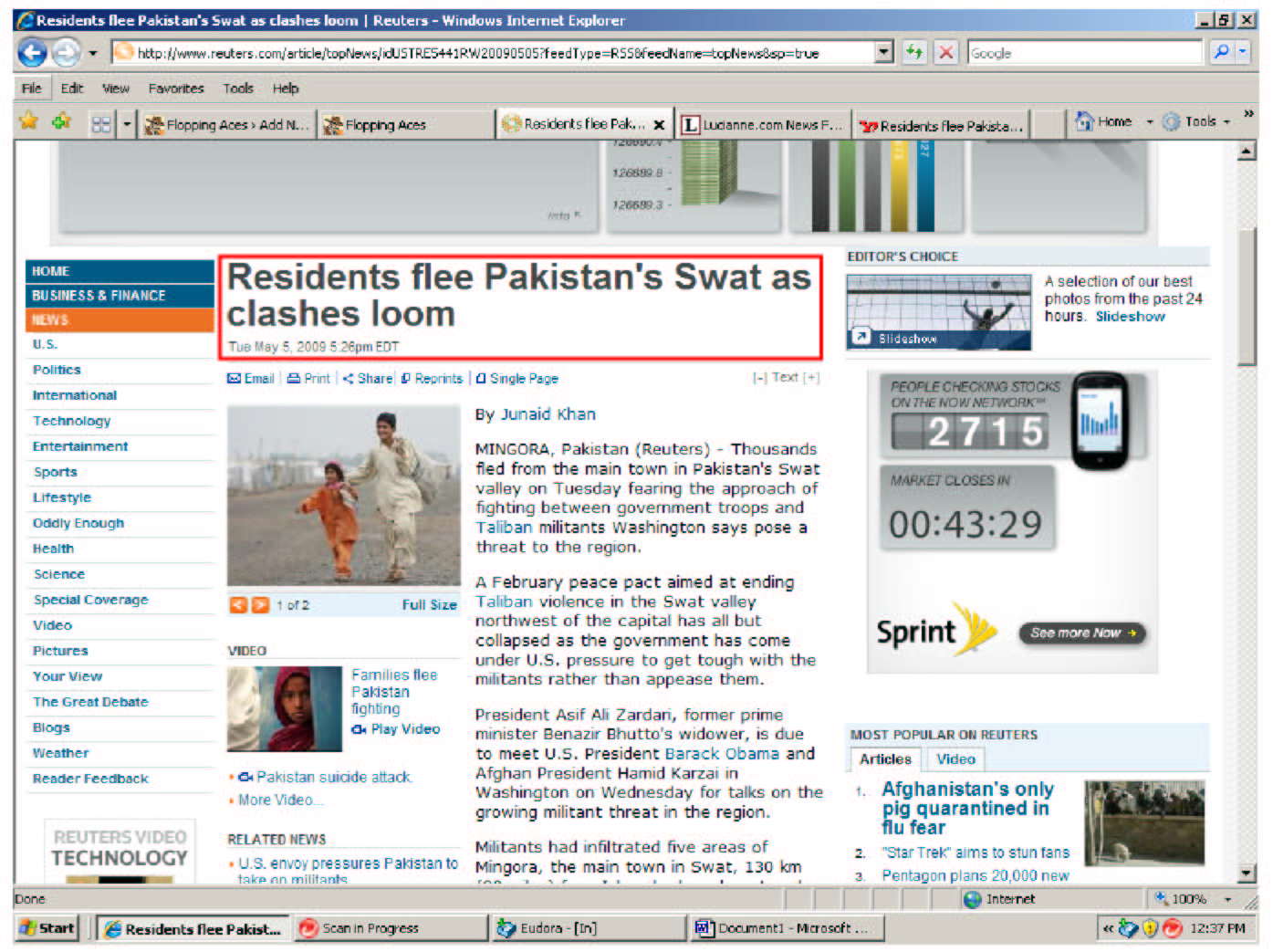 It’s despicable that the media persists in toning down the inhuman tactics that are … yes… blatantly in violation of the GC that everyone loves to swear by lately. And apparently headlines about failed truces need to be softened as well.

The jihad movements have not succeeding in inciting fear in the hearts of infidels, but they sure have sufficiently “terrorized” the media… afraid of reporting truth.

TALIBAN militants are using civilians in Swat Valley towns as human shields and planting mines in girls’ schools across Buner, say residents and the Pakistani military.

At least some media is trying to get the truth out that the Taliban are, again, operating outside of the Geneva Convenion.

Let’s see how long this one lasts….