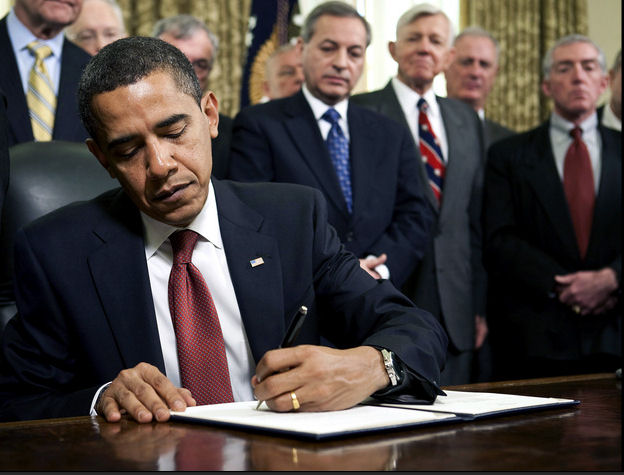 President Barack Obama signs a series of executive orders, Jan. 22, 2009, pertaining to the Guantanamo Bay detention camp in Cuba, as retired generals and admirals look on in the Oval Office of the White House. Obama ordered the closure of the camp and banned the use of controversial CIA interrogation techniques. But he left open the question of how his administration will deal with any detainees it concludes are too dangerous to be released.
Joshua Roberts-Bloomberg News

Damn…I was hoping I’d wake up this morning to some brilliant, erudite post on President Obama’s latest stroke of his executive pen, keyboarded by MataHarley, Mike, Scott, Skye, Rob, or Curt…..