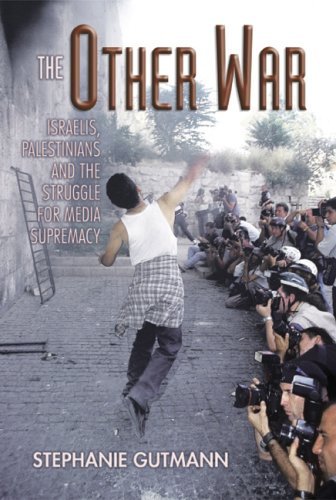 In light of the amount of sympathy and propaganda that the worldwide media organizations as a whole generates for the “underdog” Hamas and Palestinians against Israel, is it any wonder that Israel would want to place limitations/blockade on the number of journalists covering the current conflict (other than official reasons of safety concerns, cited)? Of course, they are damned if they do, and definitely damned if they don’t. The result is always an influx of staged, anachronistic/misapplied and fabricated photos, and biased news coverage, acting as a propaganda arm for terror groups like Hamas.

Mads Gilbert, a Norwegian doctor in Gaza, is all over the mainstream media, claiming that Israel is indiscriminately and purposely murdering civilians. He’s given interviews to the BBC, CBS, NBC, CNN, ABC, the Independent, Sky News, and the New York Times, among others.

What’s the dirty little secret none of the news organizations are telling you about this go-to “expert” on coverage of the war?

in 2001, shortly after the 9/11 terror attacks, this supposedly impartial Norwegian doctor (actually a radical Marxist member of Norway’s Red party) expressed support for the hijackers.

In an interview with the Norwegian daily, Dagbladet, shortly after the attacks, Gilbert stated:

“The attack on New York was not surprising, after the policy that has led the West in recent decades. I am upset over the terrorist attack, but am equally upset over the suffering which the United States has created. It is in this context that the 5000 dead people must be seen. If the U.S. government has a legitimate right to bomb and kill civilians in Iraq, then there is also a moral right to attack the United States with the weapons they had to create. Dead civilians are the same whether they are Americans, Palestinians or Iraqis.”

When asked by Dagbladet if he supported the terrorist attack on the U.S., he replied:

“Terror is a bad weapon, but the answer is yes, within the context I have mentioned.”

No bias here. Just the facts.

Fosse worked as a doctor for the Palestine Committee in Lebanon in the 1970’s. He now leads NORWAC, the Norwegian Aid Committee. According to Aftenposten, Fosse’s passion to work on behalf of Palestinians was sparked by his time in Lebanon.
According to Verdens Gang, the largest Norwegian daily, Gilbert and Fosse’s current trip to Gaza is funded by the Norwegian foreign ministry.

Given the partisan — and in Gilbert’s case, radical — perspective they represent, Fosse’s and Gilbert’s testimony must be weighed with extreme caution.

Other items of interest:
Confederate Yankee debunks the claim that Israel is using incendiary white phosphorus

A Soldier’s Mother: The Images They Show