AME Bishop – Obama Is Another Moses

Remember when the media went ape over Bush and his strong belief in god? 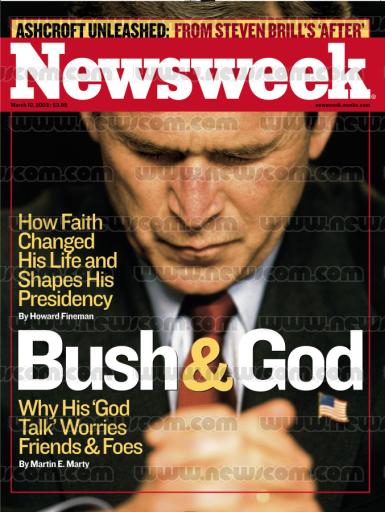 Now we have the Obama minions and the MSM believing him to be a god?

Adulation of the Democratic nominee is building to a crescendo. Offering a prayer before a rally in Columbus, Ohio today, Cornal Garnett Henning, an AME bishop for parts of Ohio, West Virginia and Pennsylvania, compared him to Moses and Martin Luther King in the same breath.

He thanked God for having “given us a Moses and a Martin called Barack Obama” and asked the Almighty to “grant that we together this nation under God may have the will to bring about the change we need” and ensure that “those who cast their sacred vote will not be deprived this right”. The McCain campaign, you might remember, mocked Obama as a Moses figure in an ad entitled “the One” in August.

The candidate’s wife didn’t quite compare him to a prophet or a civil rights icon but her praise was a far cry from the days when she used to complain publicly about his smelly feet and snoring, wishing she lived with “Barack Obama the phenomenon” because “the Barack Obama who lives in my house, that guy’s not as impressive”.

In Columbus, it was all sweetness and light. “There’s this beautiful thing about my husband,” she said. “He thinks he can really do everything, he does, with his own power and will.”

Of course he does…he is the messiah after all.

Oh God! Oh Lord! So McCain was right after all, he is now compared to Moses… lol
If McCain wins and he will, I hope a miracle will happen. Obama will disappear in thin air. He will be so insulted for this loss, that he will probably resign his Senator seat. Good!

Maybe he could go help his cousin Odinga to try to win the next election in Kenya. That should keep him busy for a while.

Forget demonization of opponents, when was the last time a presidential candidate was hailed as God himself?

Weren’t you listening to Barry’s mentor Reverend Wright? In his words it’s, “God bless Senator Barrack Obama and God DAMNED America.” If you’re to keep in your candidate’s good graces, you must get ALL of massah BO’s propaganda positions correct or you’ll be joining the rest of us in the re-education camps.

You ain’t gonna stop the war without a good strategy, and for that, you need a good strategist. Guess who’s qualified for the job, brandon? (Hint, it’s not who you have in mind.)

What do you mean he’s compared to Moses. He IS Moses. Yesterday, off the top of my head, I made a list of intelligent people I know who are voting for him: CEOs of very large outfits, people in the medical field, small business owners, housewives, artists, philosophy majors, people working in investment firms, the middle class, the retired.

Even more frightening is WHY they vote this way. Alinsky, Rezko, Ayres, Wright and others don’t matter, they tell me. That’s all history, they say. You want to ignore history so you can repeat it? I ask.

There is a very long silence after this, and only the footsteps of zombies headed to the polls, and a far-off chant of OBAMA OBAMA OBAMA.

In Venezuela, Cuba and Iran, the party has already started. But I believe in the actual vote count, not the polls. I wouldn’t open that bottle of champagne yet if I were Hugo.

With record low approval ratings and intense criticism for his handling of the Iraq war, Hurricane Katrina and the economy, the word most used to label George W. Bush’s presidency will be “incompetent,” historians say.

I am Bishop Henning’s daughter, and I was there. I must tell you that the manipulation of a 5 minute prayer, that was clear in it’s intent, is perplexing. What my father essentially spoke to was the rise of leadership, and the ability to inspire to action. Toby, who wrote the original article misrepresented my daddy’s intent. Please don’t spread that misinterpretation in election grief…Bishop Henning believes in Jesus Christ and needs not make a savior of any living man.