The Not So-Subliminal Message of Obama Socialist Realism Art 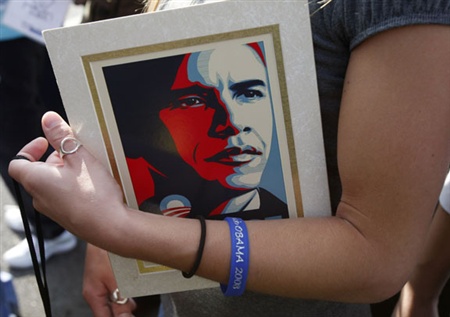 A supporter of Democratic presidential nominee Senator Barack Obama (D-IL) holds a picture as she waits for Obama at his hotel at the Maumee Bay Resort in Oregon, Ohio, October 15, 2008.
REUTERS/Jim Young

How can Obama supporters not see that there is a link between Barack Obama and socialism/communism/Marxism? The evidence is staring at them, plain as day.

All around, I see this image: 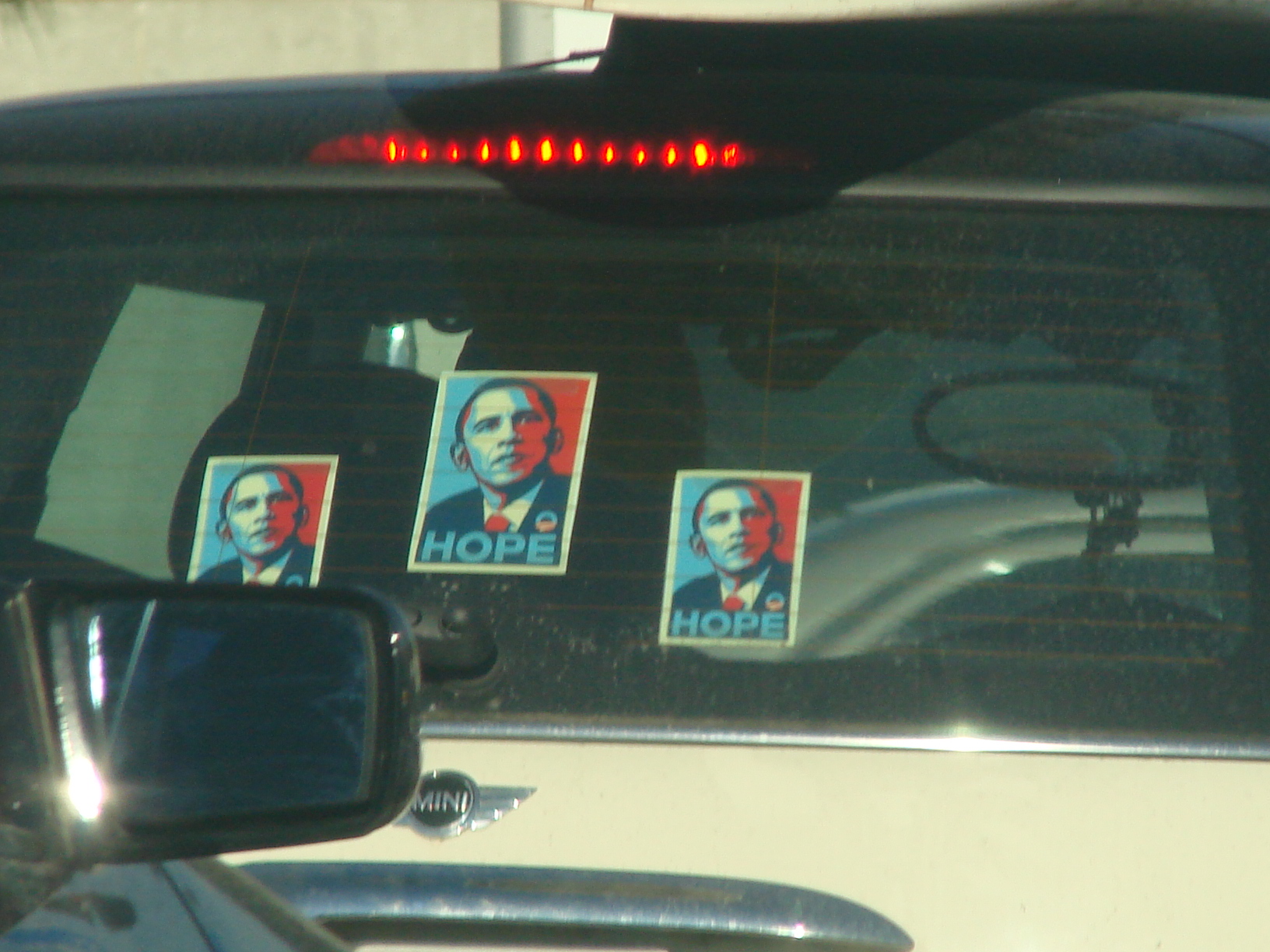 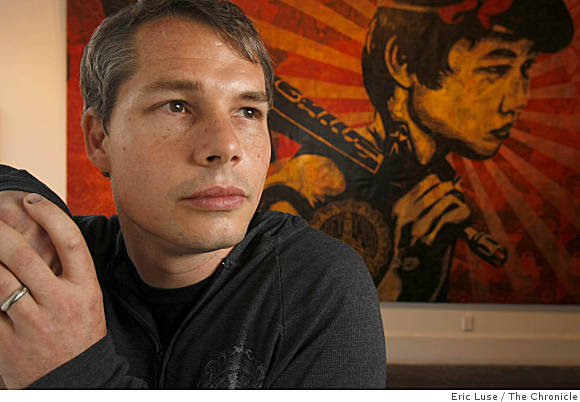 Even though he has shown in galleries for years and attracted a following of wealthy buyers who enjoy his brand of art, Fairey achieved mainstream attention only this summer, after he designed what’s become an iconic poster of Democratic presidential candidate Barack Obama.

The image has been interpreted by critics as either capturing the inspiration Obama embodies or as just downright creepy in its propagandistic depiction of the political figure. The portrait, in muted tones, takes cues from socialist realism and is reminiscent of posters created to celebrate Lenin, Stalin and Mao. Fairey has enjoyed this debate. “The illustration does have roots in propaganda art,” Fairey said. “I also want it to seem like a patriotic image, but not be seen as too countercultural. … It needed just enough mainstream ingredients to transcend.”

“Downright creepy in its propagandistic depiction” is how I’d best describe it. And this is aside from what I actually think of Senator Obama’s candidacy. If he had depicted Senator McCain in these drab, muted tones and socialist realism style propaganda art, I’d be just as turned off.

Fairey purposely used a red-black-cream palette, the color scheme most associated with Soviet-era posters. Initially, the images are meant to suggest a conformist message; on closer look, they signal a biting commentary or a slight joke.

“It’s asking people to question everything they’re confronted by at first glance,” Fairey said. “Propaganda hits you in the gut. And it’s proven to be effective.”

That is great advice to the conformist sheep in the Obama camp, swept up in the pied piper music of “Hope” and “Change” and “Yes We Can”: propaganda is hitting them in the gut, effectively so.

“You don’t question the authority,” Fairey said of his creation. “You submit, because you think, ‘It’s so intricately designed, it can’t be questioned.’ “

Yes, how dare anyone question the authority of the MSM narrative on Senator Obama. We are racists and engaged in “distractions” to bring up any criticism on his character, judgment, and history of associations to radicals, afro-centrists, communists and marxists.

Here is the letter Senator Obama sent to Fairey, after seeing his “Progress” poster: 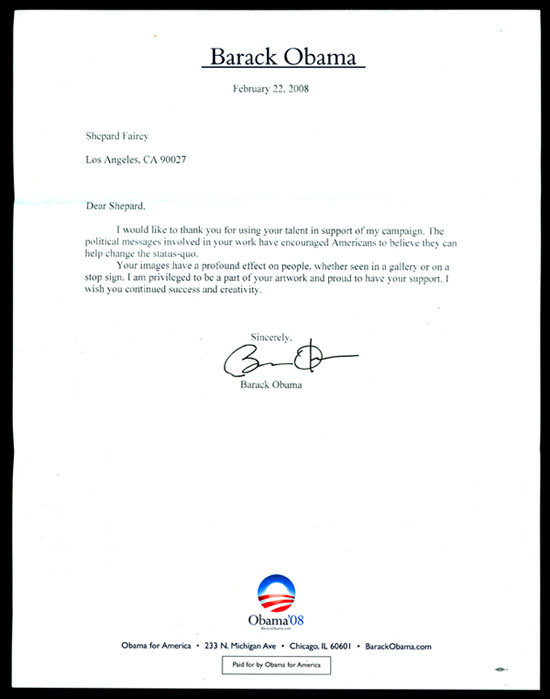 After which, Fairey was commissioned by Senator Obama to create the “Hope” “Nope”, “Dope” and “Change” “Obey” posters we see everywhere.

A good post by The Autonomist (too good not to include in its entirety):

The similarities between the Soviet, Cuban, Chinese Communist and Barack Obama propaganda posters are not coincidental. Barack Obama is a collectivist, a far-Left socialist who has attracted and has the support of radical groups, including the Communist Party Illinois, Socialist Party USA, The Center for Constitutional Rights and The Committees of Correspondence for Democracy and Socialism.

The Obama “Progress” poster was designed by leftwing (surprise!) artist Shepard Fairey. A similar poster by Fairey, with the word “change” on it is sold by Barack Obama’s online campaign store.

“I wanted to make an art piece of Barack Obama because I thought an iconic portrait of him could symbolize and amplify the importance of his mission. I believe Obama will guide this country to a future where everyone can thrive and I should support him vigorously for the sake of my two young daughters. I have made art opposing the Iraq war for several years, and making art of Obama, who opposed the war from the start, is like making art for peace. I know I have an audience of young art fans and I’m delighted if I can encourage them to see the merits of Barack Obama,” says Fairey.

If I had the inclination or motivation to ask Mr. Fairey two questions about his statement they would be, “just exactly what is Barack Obama’s mission” and “what exactly does ‘making art for peace’ mean?”

Thomas Lifson of American Thinker gives some insights on pro-Obama art and its striking resemblance to Soviet propaganda. The similarities between the two are not accidental:

“Welcome the new aesthetic of Barack Obama, the left wing ideologue. The
signs have long been there, for those with the eyes to see them.

It is no accident that Obama has become the candidate of the Democrats’
left wing fringe, typified by the Daily Kos crowd, despite his continuing
efforts to sound a centrist note. The kind of people who are comfortable working with a poster of Che Guevara looking over their shoulders have been attracted to Obama because they read the little signals belying his centrist pose.

Of course, it may be unfair to hold a candidate responsible for all the actions of any of his supporters, but when a campaign itself indulges in the aesthetic of leftism, it may actually mean something. Take the striking posters of the candidate created by left wing artist Shepard Fairey and sold by the online Obama store run by his campaign. The entire run of the Fairey posters has sold out, so popular are they among the leftist cognoscenti whose aesthetic tastes run to nostalgic socialist realism.

Of the Fairey posters, the “Progress” poster is the most interesting. “Progressive” is, of course, the favorite euphemism for the hard left today.”

In the 1940s and 1950s “progressive” was a euphemism used by American Communists to cloak their real agendas from mainstream America, and modern leftists like Barack Obama use the same term to mask their quasi-Marxist agendas from the American public. After all, though most people in America are opposed to Marxism and socialism, who in their right mind would be opposed to “Progress”? 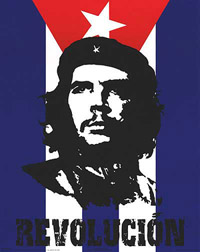 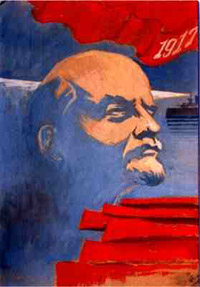 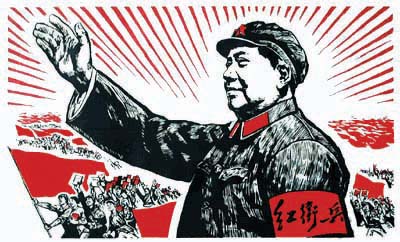 And Senator Obama’s supporters insist that their dear leader has nothing to do with socialist/Marxist leanings, thoughts, beliefs? Next time they tell you that, just point out the Fairey “Hope” button they wear on their lapel, or the one they are sporting as a sticker on their car.