Zombie found himself a copy of the manifesto written by William Ayers and Bernardine Dohrn while they were in hiding from the authorities in 1974. Go to Zombietime to get high quality scans of the book.

Obama and his supporters at first claimed he barely knew who Ayers was, but when public awareness of the connections between Obama and Ayers became too numerous and too strong to deny, Obama’s supporters have now begun resorting to a fallback position: that William Ayers wasn’t such a bad guy after all, and that it is no shame to be associated with him. The now-standard talking points are:

• Ayers was never actually convicted of setting any bombs or killing anyone, so there’s no real proof that he ever did anything wrong.

• Ayers is now a respected, mainstream, mild-mannered and popular professor, so obviously his political views couldn’t have been that extreme. This essay disproves all of these claims. The text that William Ayers authored in Prairie Fire, and the additional documentary links provided below, prove that:

• Ayers was not simply protesting “against” the Vietnam War. Firstly, he wasn’t against war in principle, he was agitating for the victory of the communist forces in Vietnam. In other words: He wasn’t against the war, he was against our side in the war. This is spelled out in great detail in Prairie Fire. Secondly, and more significantly, the Vietnam War was only one of many issues cited by the Weather Undergound as the justifications for their violent acts. As you will see below, in various quotes from Prairie Fire and in their own list of their violent actions (and in additional impartial documentary links), Ayers and the Weather Underground enumerated dozens of different grievances as the rationales for their bombings — their overarching goal being to inspire a violent mass uprising against the United States government in order to establish a communist “dictatorship of the proletariat,” in Ayers’ own words.


• Ayers and his co-authors freely brag about their bombings and other violent and illegal acts, and even provide a detailed list, most likely typed up by Ayers himself, of the crimes they had committed up to that point. Ayers’ list, scanned directly from Prairie Fire, is shown below. He may have escaped conviction due to a legal technicality (the prosecutors failed to get a warrant during some of their surveillance of the Weather Underground), but this in no way means that Ayers was factually innocent of the crimes. As has been widely reported, after the case against him was dropped, Ayers decribed himself as “guilty as hell, free as a bird.”

• Just because Ayers tries to appear respectable now doesn’t mean that he wasn’t a violent revolutionary in the past. In fact, as the text of Prairie Fire shows, Ayers was one of the most extreme extremists in American political history. And as the links given as the end of this essay will prove, Ayers is just as politically radical now as he was back then. He has never renounced the political views he professed in the 1960s and 1970s. The only difference is that now he no longer commits violence to achieve his goals. After his stint as the leader of the Weather Underground, he shifted to a different tactic: to spread his ideology under the aegis of academia. But the goal remains the same: to turn America into a communist nation. Ayers’ contemporary writings contain many of the same ideas (and even the same phrases) found in Prairie Fire, just toned down to make them more palatable in polite society.

Meanwhile 3,000 Professors sign a petition in SUPPORT for this terrorist. Ahhhh, what a education system we have.

We see that Ayers had a long term plan in place. You radicalize the next generation through the education system. Say, like the Chicago Annenberg Challenge. Then become one of the educators himself. Oh, and back a charismatic Socialist for a political career…doing whatever is necessary to ensure he gets into the Presidency. Even ghost write for him if you have to. Eventually, if successful, their dreams of a Communist nation can be realized.

But look who may be gaining the White House, and look at those who associate and back him.

Do I think we are close to becoming a Communist nation. No. But every small step into Socialism is a smaller step into Communism. We don’t need to get any closer to that destiny.

As written in their manifesto:

We need a revolutionary communist party in order to lead the struggle, give coherence and direction to the fight, seize power and build the new society. 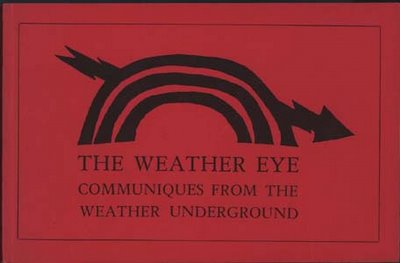