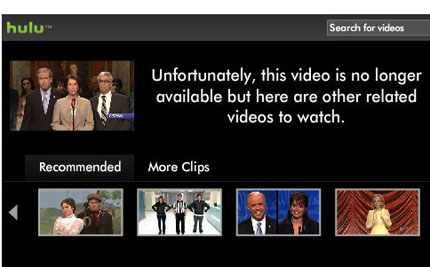 NBC has pulled the video off the internet and is deleting comments on its message boards asking about it.

Seems as if the players over at Saturday Night live might read American Thinker. This weekend they ran a skit that mentioned the fall of Wachovia, the finance crisis and the roles of Herb and Marion Sandler and George Soros (who they identified as the owner of the Democratic Party).

Michelle Malkin has a theory as to why the video was pulled.

The skit is funny because there’s some actual underlying truth to the humor:

The video’s bound to get pulled at some point. When this happens, I’m sure Curt’ll repost the video here.

Here it is, for FA viewing pleasure: