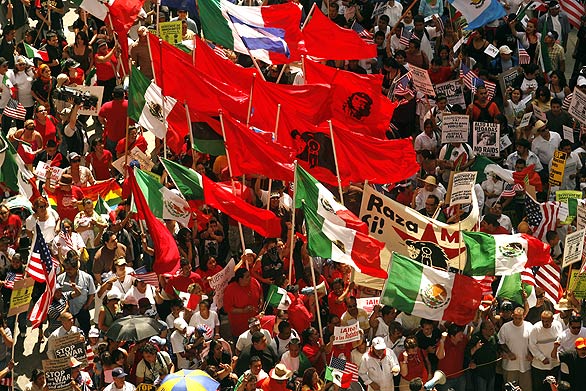 More photos that will make you see red at The Political Jungle: Moonbats Beware

I count about 13 Mexican flags, 2 Nicaraguan flags, and about 10 red Che flags (not real flags).

Of the American flags, I count 20. There may be more, but they are in such positions that they are hard to be certain.

That makes a total of 15 foreign flags and two score American. The USA wins with more flags.