The Pro-Americanism of a French Intellectual

“Clearly, a civilization that feels guilty for everything it is and does will lack the energy and conviction to defend itself.”
– Jean-Francois Revel 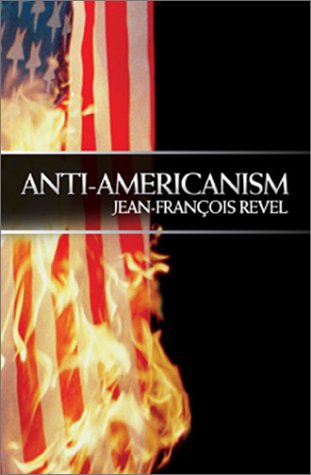 When I began immersing myself into politics and shedding the liberal indoctrination of my college years, one of the books I read that shaped some of my current perception, early on, was Anti-Americanism by Jean-Francois Revel. I first heard about him on the Dennis Prager Show, as he gave an interview, from France.

While researching for a post to cover this and this, I discovered that I had completely missed the news that the French intellectual had passed away almost 2 years to the date, on April 30, 2006:

[He] was almost unique among French philosophers in being a champion of economic liberalism and an outspoken critic of the anti-Americanism of European intellectuals – particularly French ones.
~~~

On his visit to the States, Revel had been “astonished by evidence that everything Europeans were saying about the US was false”; and most of his book consisted of a heavily sarcastic point-by-point rebuttal of the knee-jerk, anti-American prejudices of the day. Europe’s loss of leadership during the post-war era, in his opinion, had led to an irrational envy and resentment.
A definitive proof of the irrational origins of anti-American sentiment, he suggested, was to be found in the way in which critics often reproached the United States for some shortcoming, and then for its opposite.

During the Vietnam conflict of the 1960s, for example, French commentators developed a sudden amnesia about their country’s involvement in Indo-China, and the fact that France, while embroiled in its ugly colonial war with the Viet Minh, “frequently pleaded for and sometimes obtained American help”.

Without Marx or Jesus became a best-seller in France and in the United States, but won almost universally hostile reviews from European critics. Revel’s Swedish publisher was unable to get a single television interview for him, despite impressive sales; in Finland he was confronted on television by two “intellectuals” – one from Romania, the other from Poland; his Greek publisher composed a preface in which he begged his compatriots’ pardon for having published the book.

Refusing to be daunted, Revel returned to the charge in L’Obsession anti-americaine. Son fonctionnement, ses causes, ses inconsequences (2003), in which he directed his heavy sarcasm at European intellectuals who claimed that America had brought the 9/11 terrorist attacks on itself and blamed her for impoverishing the developing world through globalisation. Slogans such as “No to terrorism. No to war”, Revel wrote, were “about as intelligent as ‘No to illness. No to medicine’.”

Rather than point fingers at America, he suggested, European politicians should look in the mirror and acknowledge their own shortcomings. America, he argued, had been forced to act almost alone to combat global terrorism because Europe had failed to act in the cause of collective security. As for “globalisation”, developing countries wanted more, not less, access to rich markets.

Revel also detected a tendency of other countries to ascribe their own worst faults to the Americans in a curious “reversal of culpability”. Thus, the Japanese and Germans excoriate America for “militarism”; the Mexicans attack it for “electoral corruption”; the British accuse it of “imperialism”; the Chinese accuse it of “hegemonism”; and Arab writers, post 9/11, for “abridging press freedom”.

But much of Revel’s anger was directed at his fellow countrymen: “We French have had little to say against Saddam Hussein, Muammar Qaddafi, Kim Jong Il, Fidel Castro, Robert Mugabe, the imams of the Islamic Republic of Iran, or the bosses of China and Vietnam. We reserve our admonitions and our contempt and our attacks for Ronald Reagan and George W Bush.”

Revel argued that the same French intellectuals who found great difficulties in criticizing Stalin appear to be the same brain-dead intellectual elitists who fail to perceive the dangers of radical Islamic terror.

from the Brussels Journal:

Early on Sunday morning, the French intellectual Jean-François Revel died aged 82. He was a member of the French Academy and, with philosopher Bernard-Henri Lévy, economist Guy Sorman, and writer Pascal Bruckner, one of the few truly pro-American French writers.

In his 2002 book “L’obsession anti-américaine” (English version: Anti-Americanism) he analyses anti-Americanism throughout the world. Exposing its paradoxes, its contradictions and its lies, he shows that it is instigated by cultural and political elites, rather than supported by the population at large. Already in 1970, Revel was “astonished by the evidence that almost everything Europeans are saying about the US is false”. Since then, nothing has changed. From the book, an example of French anti-American bias in the press and by politicians:

According to our commentators the fact that the US unemployment rate had dropped below 5 percent since 1984 whereas our own had skyrocketed to around 12 percent, meant nothing good for the US, given that these jobs were mostly “menial jobs.” Ah! Here we have the myth of the menial jobs. How it has comforted us! During the economic slowdown of the first half of 2001 the American unemployment rate rose from 4.4 percent of the working population to 5.5 percent. On 7 May 2001 the French economic daily La Tribune immediately printed a full first page headline “Full Employment Ends in the United States.” This is but one example.

Yet, at precisely the same time the French government applauded itself frenetically for having reduced our own unemployment rate to 8.7 percent, i.e. almost twice the American rate (without taking into account the tens of thousands of actual unemployed that France artificially excludes from its statistics).

By September 2001 the unemployment rate in France already exceeded 9 percent. On 15 February 2001 Le Monde published an article entitled “The End of the American Economic Dream.” In other words, a practically uninterrupted growth of 17 years (1983-2000), an unprecedented technological revolution since the 19th century, the creation of tens of millions of new jobs, an unemployment rate of only 4 percent as well as an enormous and unexpected demographic increase from 248 million to 281 million between 1990 and 2000-all this was but a “dream.” What a pity that France did not realize this dream!

Granted, the author of the article readily straddles the hobbyhorse of the “menial jobs” and deplores that France Americanized itself to the point of “copying the sad example of the working poor.” As if this were the only example given by the American economy from which no lesson can be learned. Undoubtedly, France was better off remaining faithful to its own model of the not working poor. 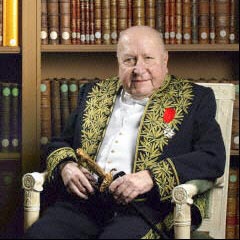 I do not know if his writings had any influence on them, but with the rise into office by pro-Bush, pro-American Europeans like Sarkozy and Berlusconi, I hold out hope that they are part of the legacy that Jean-Francois Revel leaves behind in this world.

Instead of Howard Zinn and Noam Chomsky self-loathing view of America taught in our public schools, perhaps we should be investing in Jean-Francois Revel’s work?

Perhaps Reverend Wright and Senator Obama could also be sent a copy of Revel’s book, Anti-Americanism.

From Winds of Change:

Liberty. Humanity. Clarity. And an intelligence that enlightened, revealed, and challenged you every step of the way. Others will step up, and join the love story that he was a part of, and aim at the same things. They will take their place in our civilization’s long chain – but those who rise to Revel’s level are never really replaced. Was de Tocqueville ever replaced? Baron Montesquieu? It is enough that we had them for a short while, borrowed treasures that left something of themselves behind.

He has fought the good fight, and laid down a pen mightier than a brigade of swords. If there is a Heaven, he goes now to its Elysian Fields.