Typical Chicago Politics Will Come Back To Haunt Obama

While the NYT’s prints a foolish attack piece with lots of innuendo about the Republican nominee, they remain silent on a story that is quite big AND has plenty of evidence to suggest wrongdoing.

No fawning over the Messiah by the English press here. Hell, they even put up a picture of Obama that isn’t flattering:

The story itself is well done, but can get convoluted at times with all the figures. Here is the cast. First up is Nadhmi Auchi, a European billionaire with a scandalous past:

Allow me to introduce you to Nadhmi Auchi. He was charged in the 1950s with being an accomplice of Saddam Hussein, when the future tyrant was acquiring his taste for blood. He was investigated in the 1980s for his part in alleged bribes to the fabulously corrupt leaders of post-war Italy. In the 1990s, the Belgium Ambassador to Luxembourg claimed that Auchi’s bank held money Saddam and Colonel Gadaffi had stolen from their luckless peoples. In 2002, officers from the Serious Fraud Squad raided the offices of one of Auchi’s drug companies as part of an investigation of what is alleged to be the biggest swindle ever of the NHS. With allegations, albeit unproven, like these hanging over him, wouldn’t you think that British MPs would have the sense to stay away?

Perhaps you would, but I forgot to add a final fact about Mr Auchi: he is the thirteenth-richest man in Britain, and he has been able to collect British politicians the way other people collect stamps.

A bit more on the man here in todays article:

Auchi’s brother was among the many Baathists killed by Saddam, but the execution did not inhibit Auchi’s business dealings with Iraq which, he says, didn’t stop until the Gulf war of 1991. His first coup in the West was to broker a deal to sell Italian frigates to the Iraqi Defence Ministry, for which he received $17m in commission. Italian investigators claimed that a Panamanian company owned by Auchi was used to funnel allegedly illegal payments. Auchi denied he had done anything wrong.

In the mid-1980s he got to know Pierfrancesco Pacini Battaglia, a man whose role in directing money to politicians led Italians to call him ‘the one below God’. Saddam Hussein had ordered the construction of a pipeline from Iraq to Saudi Arabia. Battaglia and Auchi secured the contract for a Franco-Italian consortium. In a statement to New York lawyers Battaglia alleged he knew how. ‘To acquire the contract it was necessary, as is usual, especially in Middle Eastern countries, to pay commission to characters close to the Iraqi government… In this case, the international intermediary who dealt with this matter was the Iraqi, Nadhmi Auchi.’ Auchi has denied any wrong-doing.

Next up in the cast is Tony Rezko:

Antoin “ Tony” Rezko, 51, a millionaire businessman in Chicago area was indicted on allegations that he used his influence with governor Rod Blagojevich to extort money from companies that seek business with the state.

Rezko is a key Blagojevich fundraiser and adviser, and has donated hundreds of thousands of dollars to the governor campaign as well as to other state and city public officials.

The indictment alleges that Rezko along with co-conspirator Stuart Levin attempted to force businesses to pay certain associates finders and consultant fees in the range of millions of dollars before in order to be approved to do business with the state.The scheme according to the indictment and reports in the Chicago Tribune and Chicago Suntimes worked like this:

Tony Rezko because of his influence with the governor recommends certain people to be appointed by the governor on State’s boards, commissions, and agencies who in turn would compel companies that seek to do business with the state to pay finder’s fees to consultants and other intermediary as well as make donations to Blagojevich campaign.

State agencies and Commissions such as the Teachers Pensions Funds have Billions of dollars to be invested. Board members appointed by governor can decided on companies that seek contracts with those commissions.

Some of this money finds its way to Rezko and Levine.

In one such cases the Chicago Tribune reported last Wednesday that:

“In one instance, the indictment alleges that Levine used his influence on the pension board in 2004 to withhold a planned allocation of $220 million in funds unless a kickback of $2 million was paid to a consultant of Rezko’s and Levine’s choosing or arrange for $1.5 million in campaign contributions to be made to an unnamed public official”

Rezko’s rise to prominence in the past two decades is something of an American dream success story. Born in Halab (Aleppo) Syria and moved to Chicago after high school and graduating from Illinois institute of Technology in degree in Engineering.

Rezko’s businesses and interests are wide and far, from communication company, to inner city rehab company that renovates buildings in low-income areas to Pizza. He reportedly owns between 25-30 Pizza restaurants named Papa Tony’s Pizza, after Papa John Pizza franchise terminated its affiliation with him.

And then we have the Messiah himself, which needs no introduction due to the outstanding job our MSM has done on vetting him /sarc.

Anyways this story today goes into detail on the dealings between the three and the impropriety of it all:

A British-Iraqi billionaire lent millions of dollars to Barack Obama’s fundraiser just weeks before an imprudent land deal that has returned to haunt the presidential contender, an investigation by The Times discloses.

The money transfer raises the question of whether funds from Nadhmi Auchi, one of Britain’s wealthiest men, helped Mr Obama buy his mock Georgian mansion in Chicago.

A company related to Mr Auchi, who has a conviction for corruption in France, registered the loan to Mr Obama’s bagman Antoin “Tony” Rezko on May 23 2005. Mr Auchi says the loan, through the Panamanian company Fintrade Services SA, was for $3.5 million.

Three weeks later, Mr Obama bought a house on the city’s South Side while Mr Rezko’s wife bought the garden plot next door from the same seller on the same day, June 15.

Why is this land deal important? Well, because Mrs Rezko paid the full price for the garden but Obama got a 15% reduction on his to the tune of 300 grand. Kinda smells. Especially when, according to Mr. Rezko, the Rezko’s were in financial trouble at the time. They had “no income, negative cash flow, no liquid assets, no unencumbered assets [and] is significantly in arrears on many of his obligations”

How the three intertwine is by the fact that Rezko was pretty much owned by Mr. Auchi:

According to court documents, Mr Rezko’s lawyer said his client had “longstanding indebtedness” to Mr Auchi’s GMH. By June 2007 he owed it $27.9 million. Under a Loan Forgiveness Agreement described in court, Mr Auchi lent Mr Rezko $3.5 million in April 2005 and $11 million in September 2005, as well as the $3.5 million transferred in April 2007.

That agreement provided for the outstanding loans to be “forgiven” in return for a stake in the 62-acre Riverside Park development.

And the fact that Auchi was denied entry into the United States a while ago and Rezko was working hard to get him back in:

Prosecutors say that, after Mr Auchi was unable to enter the United States in 2005, Mr Rezko approached the US State Department to get him a visa and apparently asked “certain Illinois government officials to do the same.” Mr Obama denies he was approached. Mr Auchi’s lawyer has emphasised to The Times that it would be entirely false to imply that money had been lent by GMH to Mr Rezko in return for Mr Rezko seeking to assist Mr Auchi to obtain a visa. The two men’s relationship, the lawyer stressed, was a business one.

Oh, and prior to being kicked out he had a dinner held in his honor and Obama just “happened” to stop in for a bit:

Both Mr Auchi and Mr Obama say they have no memory of meeting each other. But, according to a source, the two may have had a brief encounter at the Four Seasons Hotel in Chicago where Mr Auchi’s visit was being honoured with a dinner attended by the Governor when Mr Obama, coincidentally in the hotel, dropped in.

An aide to Mr Obama said he did attend an event at the Four Seasons at which Mr Rezko was present but does not remember meeting Mr Auchi. “He shook a lot of hands and met a lot of people,” the aide said. “We do not remember individual people.”

Rick Moran sums this story up quite a bit while pinning for the old Chicago columnist Mike Royko: 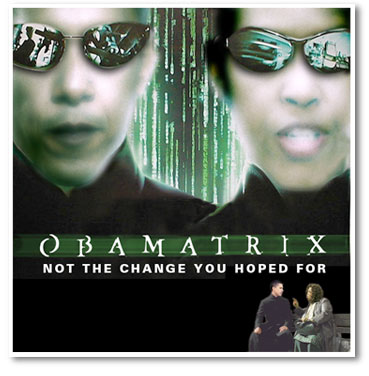 At this point, unless there is a deliberate, concerted effort by the large media outlets to allow this story to die once Rezko is convicted, I find it probable that other revelations are yet to come that will show Obama to be just another machine politician, skirting the edge of ethics and the law – perhaps even going over the line and engaging in criminal activities.

Obama is not the Agent of Change. He is a calculating politician who plays the game the same way politicians have been playing it for hundreds of years – receiving money in exchange for favors from government for his friends and cronies. And if Mike Royko were alive, one has to believe that despite agreeing with his politics, Royko would have been relentless in taking Obama down, hammering away in his own inimitable style at the influence selling, the sweetheart deals, the pay for favors, and all the rest of this sleazy mess.

No Royko today. But we have an army of bloggers who can push this story into the mainstream and force the media to expend the resources necessary to get to the bottom of the Rezko-Obama enterprise. True, like Whitewater it is a very complex story and there is very little ease in the telling. But given the stakes, an effort should be made nonetheless.

This story will not die, as the left is praying it will, once he gets the nomination. It will only get larger.