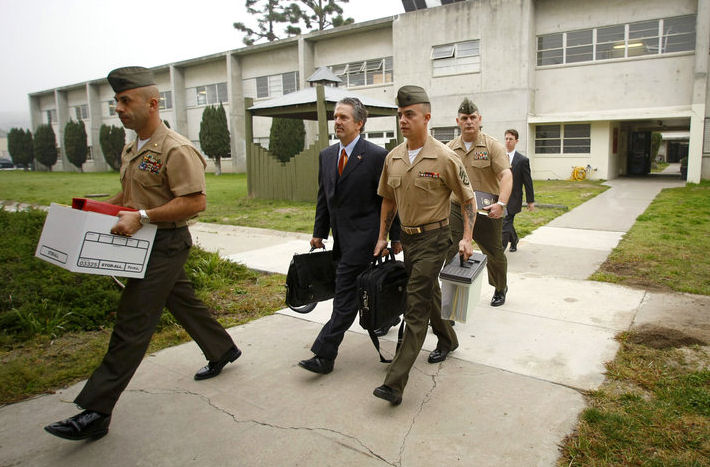 Feb. 13: Marine Staff Sgt. Frank Wuterich, center, arrives for his motions hearing at Camp Pendleton, Calif. Wuterich is being charged for his alleged involvement in the death of Iraqi civilians in Haditha, Iraq in 2005. Mike Blake – Reuters

The program airs this Tuesday night. Bruce Kesler received an advanced copy, and gives a great review of the contents, here.

Curt has followed the story since its inception, and you can see his previous 41 blog entries here.

A nothingburger the da is a Soros plant. Anyone associate wi...
Russia vs. U.S.A.: Let Slip the Dogs of War

Appeasement lol Guess who allowed the Russian pipeline , The...
Congress's 1/6 Committee Claims Absolute Power as it Investigates Citizens With No Judicial Limits

The Right already answered this question: Trump. Putin was i...