“I am sure that Senator Clinton would make a good president.” -John McCain

That is usually the extent of the quote; supposedly another “proof positive” that Senator McCain is a traitor to the Republican Party; that he would sell out the conservative movement in a New York minute. Yeah, right. Kind of in the same spirit as Donald Rumsfeld shaking hands with Saddam…President Bush complimenting Nancy Pelosi….all of our elected leaders shaking hands with Saudi royals…proof positive that they are all traitors! 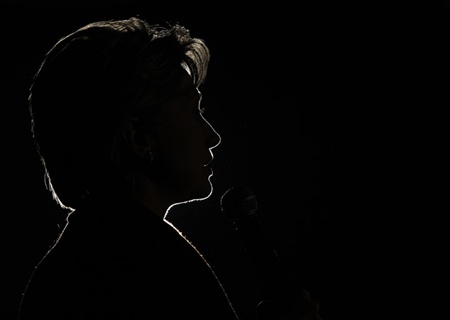 The cherrypicked quote alone seems, on the surface, indicting. But what if we broaden the context in which the statement was made? From the transcript, February 25, 2005, Meet the Press interview with Senator Clinton and Senator McCain. In closing the show, Tim Russert:

MR. RUSSERT: Senator McCain, a serious question: Do you think the lady to your right would make a good president?

MR. RUSSERT: We may have a fusion ticket right here.

SEN. McCAIN: We’re both in trouble.

SEN. CLINTON: Yeah. We’re in trouble now. Thanks a lot.

SEN. McCAIN: We’re both in trouble.

MR. RUSSERT: Be safe, everybody.

Isn’t it obvious, that this was just a lighthearted interchange, following a very serious interview? A moment of humor and civility? What would have been a more appropriate response? In-your-face disrespect? Crude and rude discourse? How unpresidential. The full context matters. If you can’t accept it, if you insist on seeing only what you have led yourself to believe, then you are suffering from McCain Derangement Syndrome. 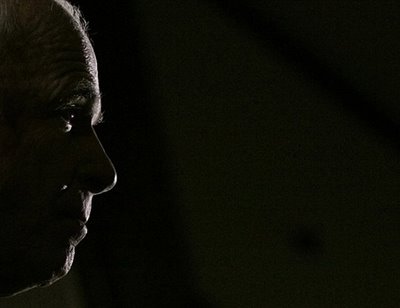 The following isn’t an attack against Russ Vaughn. I am just using his post as a springboard for my own. His is not a unique argument and is a sore point for many who have been led to believe that McCain has ever been anything other than loyal to the Republican Party.

Go ahead and Google “McCain switching parties?” and look at the pages of hits which take you to articles from every sector of the media examining whether or not John McCain was preparing to switch parties as far back as 2001 and continuing into the 2004 campaign. The most chilling of all these reports is one from the Boston Herald in which McCain is quoted as responding to ABC’s Charles Gibson’s question as to whether he would even entertain the idea of running as John Kerry’s VP if Kerry extended such an offer,

“John Kerry is a very close friend of mine. We’ve been friends for years. Obviously I would entertain it. ” (Click here for pdf)(click for p

That is a very telling quote. In his own words, to further his political ambitions, John McCain would have considered abandoning his party and his supposedly conservative principles to serve on the ticket with one of the most liberal candidates ever to run as a Democrat presidential candidate. Even worse, reading down, one reads that Kerry now claims it was McCain’s people who initiated such a proposal, not that we’d be inclined to lend too much credibility to that particular source.

when John Kerry pleaded with McCain, throughout the early summer of 2004, to be his running mate- asking more than once, sometimes late in the evening, begging his Republican colleague to at least think about it- McCain’s refusal seemed, as with the Daschle gambit, almost a little too polite…as if McCain rather enjoyed the agony that this was putting Bush through.

That reads like a rather honest account. McCain does seem to enjoy himself a little too much in these instances, and could easily have quelled the media buzz a lot more effectively than he did. But the fact remains, he has never left the Party and has campaigned not only for the man who defeated him in 2000, as well as delivered a 20 minute speech on President Bush’s behalf at the RNC in 2004, but has also campaigned on behalf of such Senators as Rick Santorum. Saying he would “entertain” the notion of a VP slot with Kerry was a stupid thing to say. One of those “gotcha macaca” moments, for which politicians suffer an excoriating woodshedding. Given that Senator McCain is friends with Senator Kerry, I believe that his response is only in being polite to his friend; maybe even flattered by the offer. But there is no proof that I have seen, that indicates Senator McCain ever actually, seriously, considered accepting a Kerry-McCain ticket.

And I think the real proof is in the following. It is an example of how a story takes on a life of its own, with people selectively remembering only what they wish to have heard, to reinforce their “McCain bigotry”:

McCain on talk of run with Kerry: ‘No, no and no’
Arizona senator says Bush deserves re-election

WASHINGTON (CNN) — Trying to stamp out speculation that he might consider joining Democratic Sen. John Kerry’s ticket, Republican Sen. John McCain of Arizona insisted Sunday that he would not do so under any circumstances.

He said he would campaign and vote for President Bush in the fall, despite their policy differences.

“No, no and no. I will not leave the Republican Party. I cherish the ideals and principles of Abraham Lincoln and Theodore Roosevelt and Ronald Reagan,” he said on NBC’s “Meet The Press.”

“I will not be vice president of the United States under any circumstances. I feel that I can be far more effective in helping shape policy in the future of this country as a United States senator.”

McCain, who ran a hard-fought and frequently contentious campaign against Bush for the Republican nomination in 2000, is a close friend of Kerry’s and like him is a decorated veteran of the Vietnam War, having endured more than five years as a prisoner.

He raised eyebrows last month in an interview with ABC when he said that if Kerry, the presumptive Democratic nominee, asked him to be his running mate, “Obviously, I would entertain it.”

McCain went on to say that he thought such a scenario was impossible because the Democratic Party would never accept his conservative views on abortion, trade and national security.

He tried to quash the speculation raised by his comments by putting out a statement the same day saying he would not run.

Nevertheless, the chatter has persisted, fueled by media reports quoting Kerry advisers saying they think a Kerry-McCain ticket would be an unbeatable combination against Bush.

But McCain said Sunday that he believes Bush “deserves re-election.”

“Have we agreed on every issue? Of course not. We didn’t agree on every issue when we ran against each other in a primary,” he said.

“I am not embarrassed to say that John Kerry is a friend of mine, but I want George Bush to be re-elected president of the United States.”

McCain, 67, is running for re-election to his Senate seat.

Michael Medved on McCain’s loyalty to the Republican Party:

He has never backed Democratic candidates for president or lesser posts – other than supporting his friend Joe Lieberman in his Independent campaign for US Senate in 2006. Over the years, he has campaigned tirelessly for Republican office-holders in every corner of the country – including vigorous campaigning that helped win elections for his former rival George W. Bush in both 2000 and 2004.

The truth, is nowhere near as exciting as the fantasy, that Senator McCain “almost jumped ships”; or that his relationship with the conservative base and the Republican Party is more nuanced and complex than simply believing: “McCain disloyal. McCain bad. McCain liberal. McCain traitor.” To believe all that hyperbolic rhetoric requires a willful suspension of disbelief.