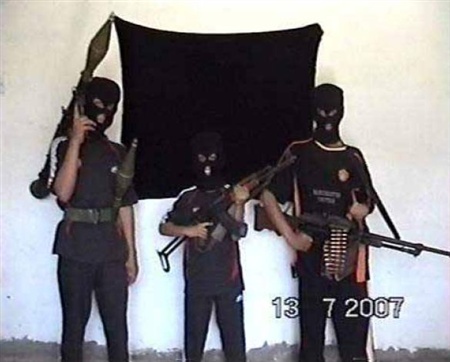 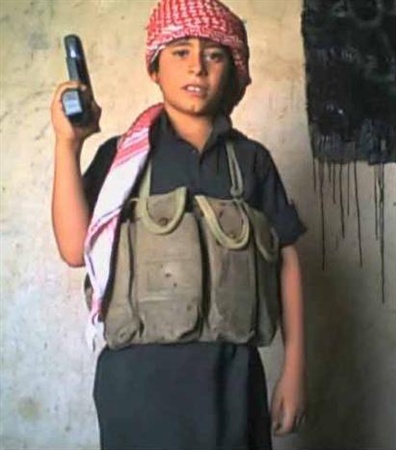 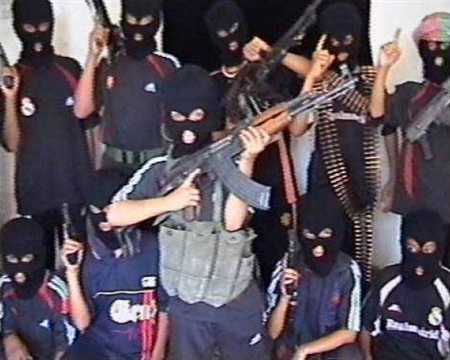 Rear Admiral Gregory Smith, a US military spokesman, said five videos showing children being trained by adult militants were seized in a December 4 raid on a suspected al-Qaeda base in Khan Bani Saad, north of Baghdad.

“The operation was targeting two senior al-Qaeda individuals. During the operation two were detained and three were killed,” he said today.

There were no independent means to confirm the authenticity of the footage.

The videos released to reporters showed boys apparently as young as nine wearing balaclava masks and European football jerseys and brandishing pistols, machineguns and rocket launchers during a series of training exercises.

One scene shows the gang halting a civilian volunteer on a bicycle and submitting him to a mock kidnapping, holding a pistol to the base of his skull and pinning his hands behind his head.

The boys also practise halting a car and snatching its occupants, while in another scene, they run through an armed assault on a village house and storm out of a minibus brandishing weapons.

Rear Admiral Smith said it did not appear that the apparent child militants had been kidnapped or press-ganged.

He said investigations were continuing and none of the boys had been detained.

“As we watched the videos and watched the reaction with adults in the neighbourhood, it appears that it is a tribal series of families in which the adults are involved in training and it is their children,” he said.

“It’s just an assessment – we don’t have custody of those children.”

In recent weeks, US and Iraqi spokesmen have raised new concerns over al-Qaeda’s alleged use of children and the mentally impaired in suicide bombings, which Rear Admiral Smith called a “disturbing trend”.

The second video, of much lower quality, showed the rescue by Iraqi forces of a 10-year-old boy kidnapped in the northern city of Kirkuk by militants who demanded a ransom of $US1000 ($1115) from his parents.

The footage showed the weeping child reunited with his delighted parents.

Iraqi defence ministry spokesman Mohammed al-Askari said the videos were a “sign of desperation by al-Qaeda” and claimed that children were trained to kidnap in order to raise funds from ransoms.

“This is a propaganda weapon designed to inspire emulation and recruit other children,” he said.

The Jawa Report has the video