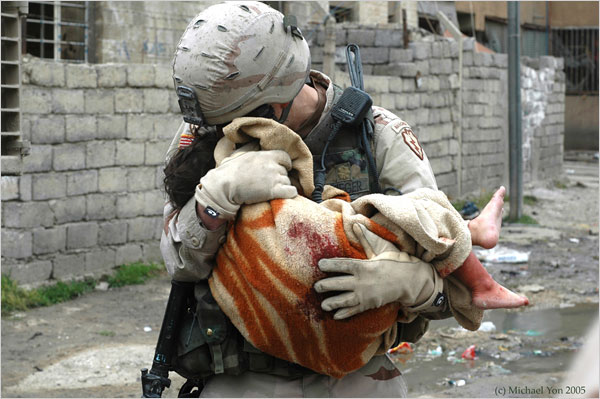 I guess it’s that time of the year again, for the broken down clock at the NYTimes:

Michael Yon was not a journalist, and he wasn’t sure what a blogger was. He had been in uniform but not in combat, and he wanted to keep it that way. He went to Iraq thinking he would stay for a month, and maybe find a way to write about the war after he got home.

Instead, he has spent most of the last three years in Iraq, writing prolifically and graphically, and racking up more time embedded with combat units than any other journalist, according to the United States military.

Hat tip: Gateway Pundit
(also, a collection of some of the latest positive news out of Iraq)

MICHAEL YON, deliverd the reality, and the spirit of the TROOPS he travelled with,
of course he deserve all the honor given for his masfull work.