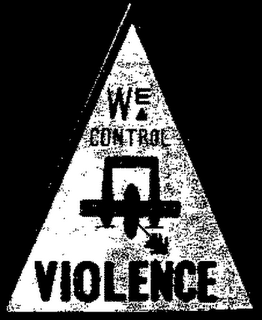 In 1981-2, I was in the 8th grade, living at Osan Air Force Base in South Korea. My dad was the operations squadron officer in a squadron of OV-10s we still had flying over there: The 19th TASS (Tactical Air Support Squadron). Their job was that of forward air controllers, coordinating between the army ground commander that requested airbomb strikes on specific targets, and the fighters that would drop the bombs.

When I first saw what the OV-10 Bronco looked like that my father was piloting around in, I had the same reaction Luke Skywalker had when he first laid eyes on the Millennium Falcon: “What a piece of junk!” and Princess Leia: “You came in that thing?! You’re braver than I thought.” It just looked like such a relic compared to F-15’s. I think I remember expressing shock to my dad that we still had squadrons that flew with propellers.

I have a number of memories of my time in Korea:

My first big secret crush with an angel who shared a class with me, but whom I never talked to (Carrie Lund…if you’re out there reading this, call me! I’m not shy anymore!); waking up at 6 A.M to catch the “Greyhound” bus every morning to go to school at Yongsan Army Base in Seoul, every weekday morning (Ugh!)….taking Tae Kwon Do in place of P.E. class….Asia was the “in” record album of choice, as was the J Geils Band, “Centerfold” the popular song. Armed Services TV was just sheer torture…..foosball and Dungeons & Dragons at the Youth Center in the afternoons….bargaining with merchants off-Base…..the smell of Kimchi on the breaths of every Korean……

Mostly, I felt an overall sense of boredom and homesickness for the States.

June 25th is the 56th anniversary of the invasion of North Korean People’s Army into the Republic of Korea.

In wake of the possibility of North Korea launching a dingdong missile test (oops! I meant “taepodong-2” missile), and the possibility of us conducting our own little missile-testing, it occurred to me that something has been pissing me off; but I have been too preoccupied with other news to really let it boil over. And that is this… 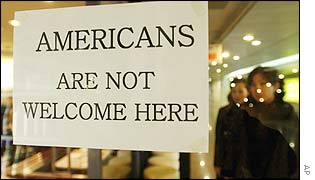 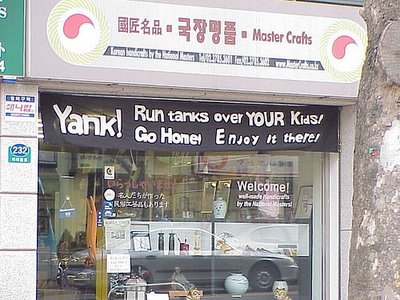 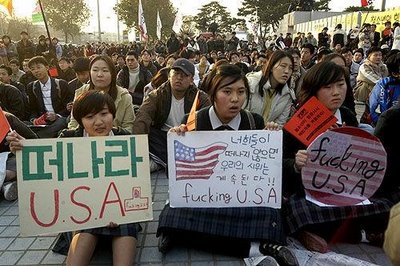 33,629 American soldiers gave their lives in the defense of South Korea. And this is the gratitude of South Korean youths? What is it about university students worldwide, that make them come out so idealistically and ideologically backward? It’s like they have the same liberal professors there as we have over here, pushing the virtues of Marxist doctrine and teaching the Howard Zinn version of American history where the U.S. is an imperialist, evil empire. Apparently the South Korean Teacher’s Union has ties to North Korea, and among other things, teaches the Korean kids the following:

Recently I had written my dad an e-mail (my parents are currently in Japan), and he had this opinion to say about the South Koreans:

The young people in Korea always were anti-government, so by extension, anti-U.S. The difference is that when we were there in the early eighties, demonstrations were against the law, and if they demonstrated anyway, they were met with military force. Several times, more than a few demonstrators were killed by soldiers. Since we were there, Korea has become more liberal and demonstrations are allowed if they don’t become violent. Of course, they almost always do become violent.

I found the following bit of information:

Kwangju Uprising and Anti-Americanism One of the major causes of this anti-Americanism stems from the belief among many Koreans that the U.S. government supported the Korean military’s crackdown on demonstrators in Kwangju, commonly known as the “Kwangju Massacre,” in May 1980. Dissident groups and human rights observers have estimated the civilian death toll at approximately 2,000. Korean activists have charged that the Commander of the US forces, which has operational control over the ROK military, permitted the deployment of Korean troops for the violent crackdown. (See Donald N. Clark, ed., The Kwangju Uprising: Shadows over the Regime in South Korea; and Tim Shorrock, “The Struggle for Democracy in South Korea in the 1980s and the Rise of Anti-Americanism.”) (See Howitwas: 1980 for details on Kwangju Uprising.)

Here is a little more background, from the same source, on the political climate around the time I was in South Korea (skip through this blockquote, if it’s too much information):

Chae Kyu Ha took over the reins as President, but only for a short time. On Dec 12, 1979, Maj.Gen. Chun Doo-hwan took control of government in a military coup. After Chun Doo-hwan became President of the Fifth Republic, things returned to normal…though tensions were just below the surface.

On 17 May 1980, the ROK extended martial law nationwide to include Cheju (previously exempted), in an effort to quell widespread anti-government demonstrations by students and others in Seoul and five provincial cities. Decree No. 10 is issued immediately thereafter, which directs closing of all universities or colleges; bans political rallies and labor strikes; requires prior censorship for newspapers and other publications, as well as radio broadcasts; and prohibits “slanderous statements” against iether former or incumbert presidents. Promulgation of the drecree is accompanied by the arrets of hundreds of dissidents, including prominent political leadders.

On 19 May 1980, Martial Law Command closes down the National Assembly and the headquarters of both major political parties. This latest action follows the arrest of former presidential candidate Kim Dae-jung, majority party head Kim Jong-pil, opposition party leader Kim Young-sam, and other political fugures on suspicion of illicityly amassing wealth or instigating social unrest. The US State Department says it was “deeply disturbed by the extension of martial law” in the ROK.

Expressing displeasure with Lt. Gen. Chun’s growing power, the Carter administration officials disclose a series of measures affecting its relations with Korea. Among them: US economic mission scheduled ofr Seoulo visit later in June is put off indefinitely; US would review its enteire relationship with ROK except for basic security ties; at US request, Asian Development Bank will delay action on two loans for SOuth Korean construction projects; and planned meeting between ROK Foreign Ministry and US State Depart officials will be postponed.

Retired General Chun Doo-hwan is chosen unanimously by the ROK electoral college as the nation’s new head of state replacing Park, Choon-hoon who served eleven days as Acting President following the 15 August resignation of Choi Kyu-hah. Chun was the sole candidate for the presidnency. He was formally sworn inas the new President of the ROK on 1 Sep 1980. (Source: The US Military Experience in Korea 1871-1982, p216-219, Command Historian’s Office, USFK/EUSA) The Kwangu incident would haunt Korea for years. Later former Presidents Chun Doo-hwan and Rho Tae-woo would be imprisoned for their roles in the “Kwangju Massacre” (as it is popularly called now) when Kim Yong-sam became President.

Read more about the history of the student unrests, including an AsiaCNN article.

Check out just some of the Anti-American incidents that have occurred in recent years.

Why should the U.S. continue to support a country that teaches it to love the North Korean Regime more than it appreciates the sacrifice of U.S. soldiers on their behalf, 56 years ago? As well as our military and governmental support today? If these student protestors love their North Korean brethren so much, why don’t they go ahead and migrate across the border and live in the paradise that is Kim Jong-Il’s North Korea? And why don’t we just withdraw ALL of our 30,000 service members from there, and station them someplace where they will be appreciated and better served?

Joshua at the Korea Liberator has an excellent post that comprehensively covers the current anti-Americanism, pro-North Korea sentiments that seems to be the mood of South Korea. It is an easy read and sums up what I feel and believe, but from a more informed perspective than I could ever provide my readers.

Mike’s America has shocking photos of a U.S. Secretary of Defense shaking hands with a dictator.

Hat tip to Gateway Pundit for the Korean blog links.

I lived in Korea–taught there for a year. The people are gracious and warm, but there is a noticeable anti-Americanism. I would say that most are ignorant of the issues–they follow the leaders, so to speak…that is, left wing doublespeak in the media and universities. When I challenged some of them for their reasons for hating the military presence, they stumbled off some lame excuses. The Christian right is very supportive of the US troops there, I saw that firsthand when they demonstrated in support after hearing the base would be moving…they understand full well the reality of evil in Marxism–they DO NOT want it, while the left wing idiots (useful idiots we may say) do not see the evil. It’s amazing really–here you have the North Korean regime laid bare, starvation, imprisonment, and dictatorial rule, and yet these fools would like to see them re-unite? I know the US will stay on principle–that’s why I admire the American people so much (being a Canadian); you stand on principle, and the world is better off for it. God bless you, oh beautiful USA!

Excellent report Wordsmith. Great to get some insight from someone who has spent time in Korea.

It’s been a while now since I thought we could significantly reduce our forces in Korea. They have been what is called a “trip wire” for decades now, assuring that if the North Koreans attacked we would be there.

But at what point should we expect the South Koreans to be able to carry the load themselves?

The South Koreans, with minimal US oversight, could easily maintain large basing facilities in case we would need to go in again. Our air and sea lift capabilities have improved dramatically in the last 20 years (thank you President Reagan) so that it’s no longer necessary to have tens of thousands of Americans sitting in hot spots everywhere.

Of course there are other political dimensions to our continued presence there and on that score I defer to those with a better acquaintance of those issues.